Atlas, the son of Iapetus and Asia, was defeated in the War of the Titans (they attacked Zeus and the other Olympian gods – a bit of a dumb thing to do really…). As a result, he was condemned to carry the celestial heavens on his shoulders. I always thought it was the World he had to carry, but no, I was wrong!

At the time, nobody knew that the world was round, so it was the celestial heavens that Zeus made him carry. Except that in Antiquity, “the world” actually meant “the celestial heavens”! And so it was that some centuries later, when Galileo declared that our World was a round ball, he was just repeating what the ancient Greeks had instinctively known. 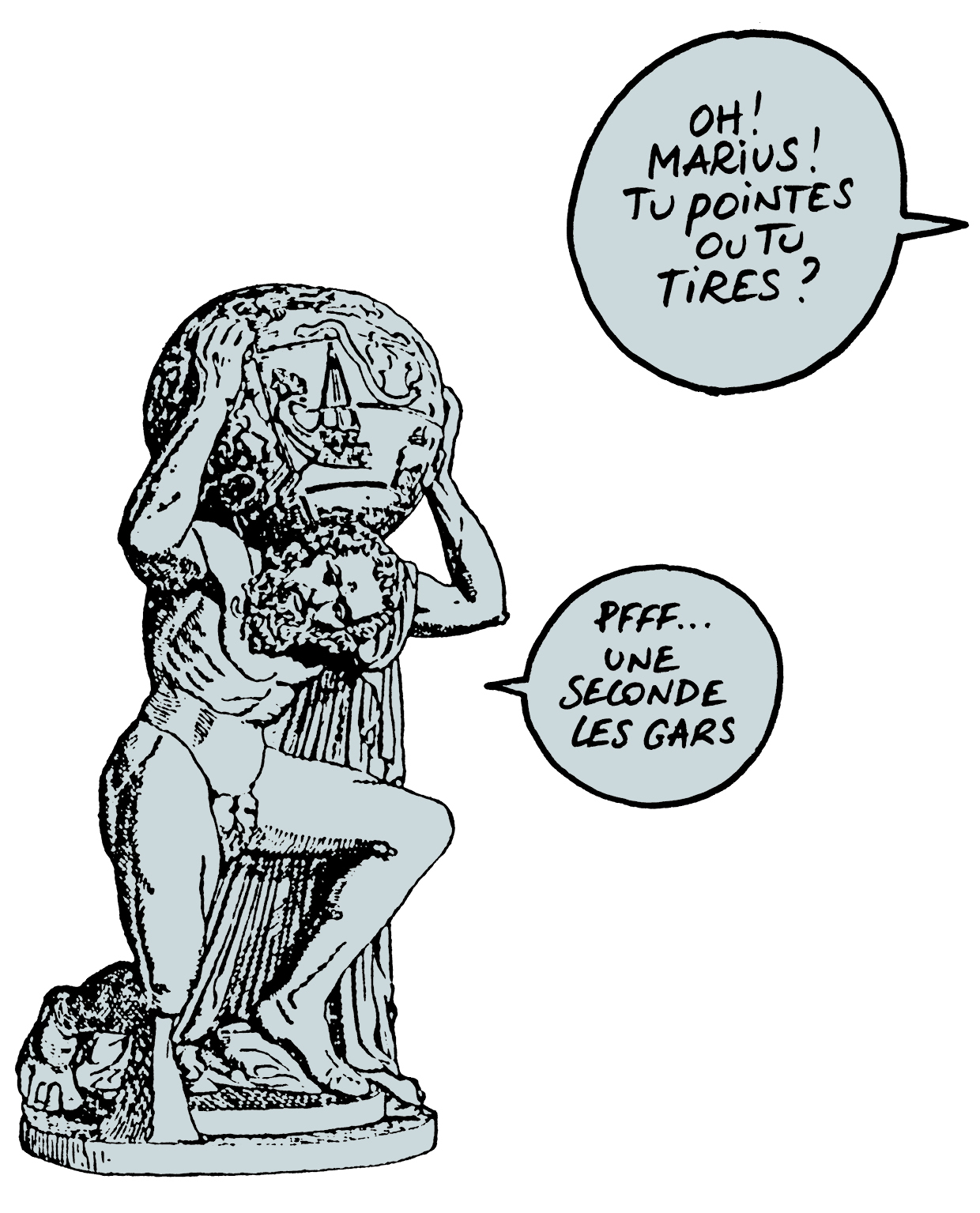 ” Hey! Marius!
You aiming or firing or what?

Oufff …
Give me a few seconds, guys “

And Le Cat, four centuries after Galileo, states loud and clear that our world is in deep shit. And that really upsets him. And like Atlas in illo tempore (as the Greeks who speak Latin say), he believes he must carry all the world’s crap on his shoulders. And he’s really pissed off! Right, on that note, let’s go and have a glass of tap water.

” What will we do as global warming increases?
We’ll roller-skate “ 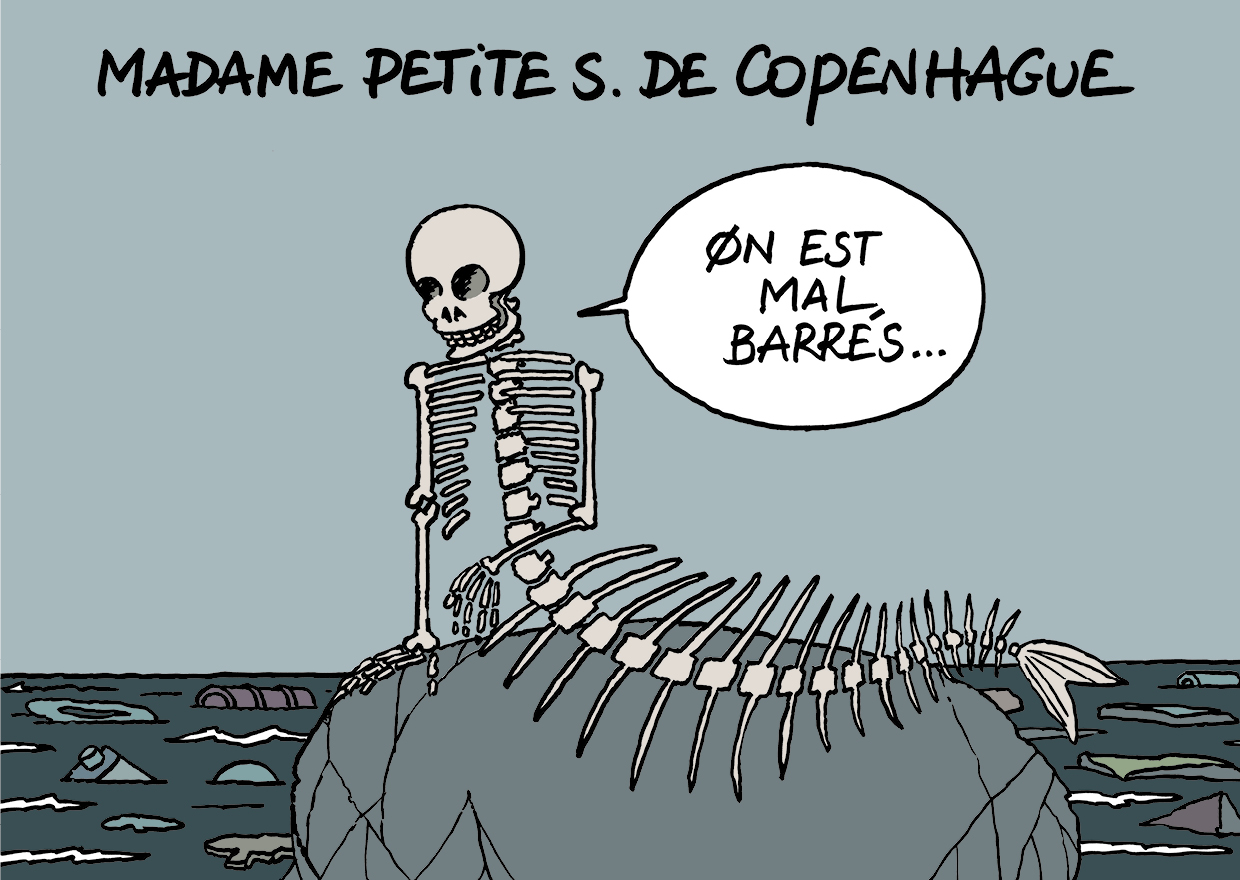 ” Ms Little M. of Copenhagen
ØNE IS IN DÆEP SHIT “