STAGE 1:
The idea and the sketches 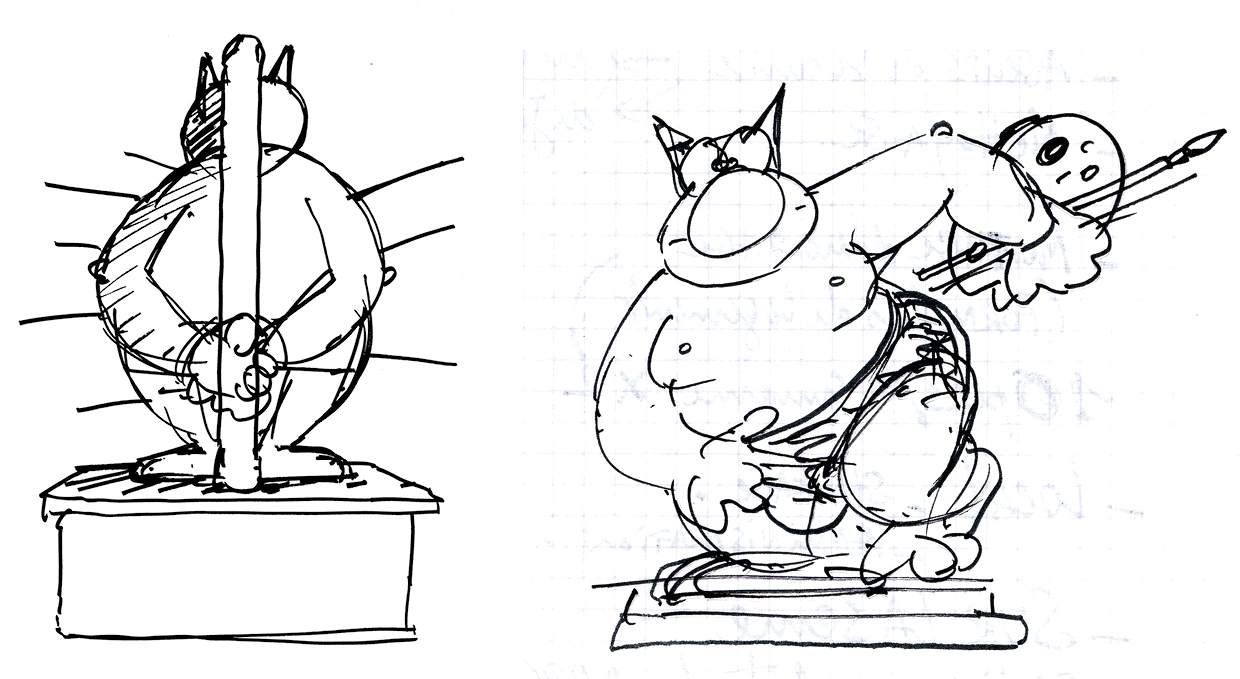 An image is first an idea that jumps into my head. And if I want to transform that scenario into a sculpture I have to start with a series of drawings, to see how the object would look in 3D, from all angles. 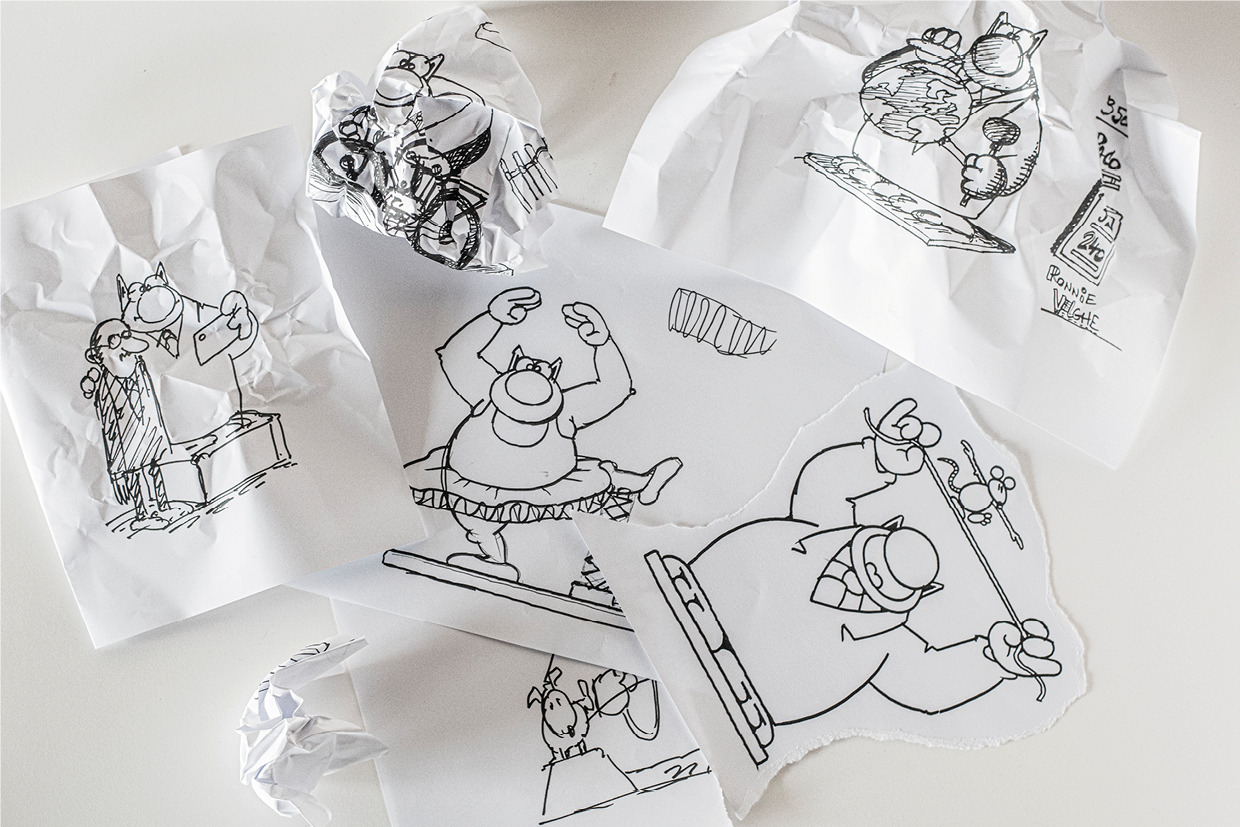 When I’ve done my sketches, I play around making a miniature sculpture out of thin metal wire. 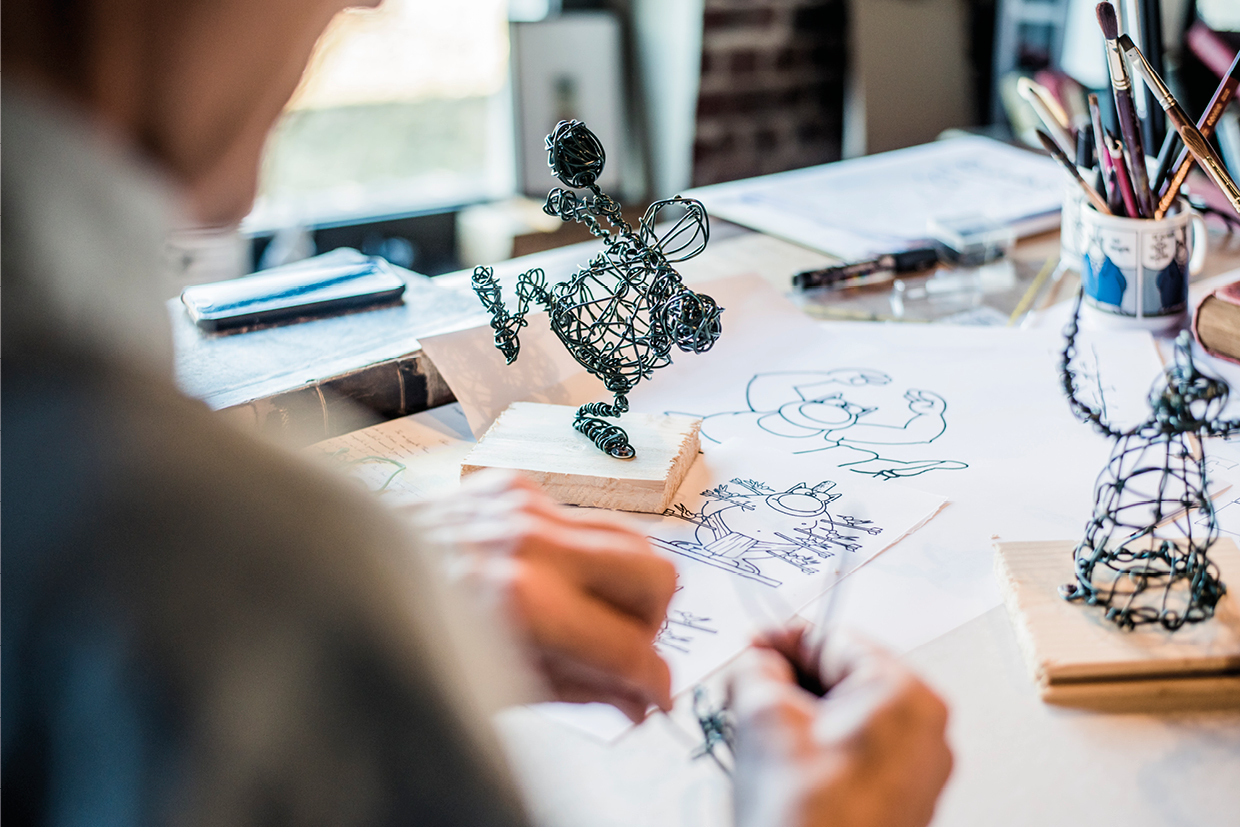 This is what I would call ‘the sculptor’s sketch’, a sort of 3D draft which enables me to establish the main elements and the general balance of the future sculpture. 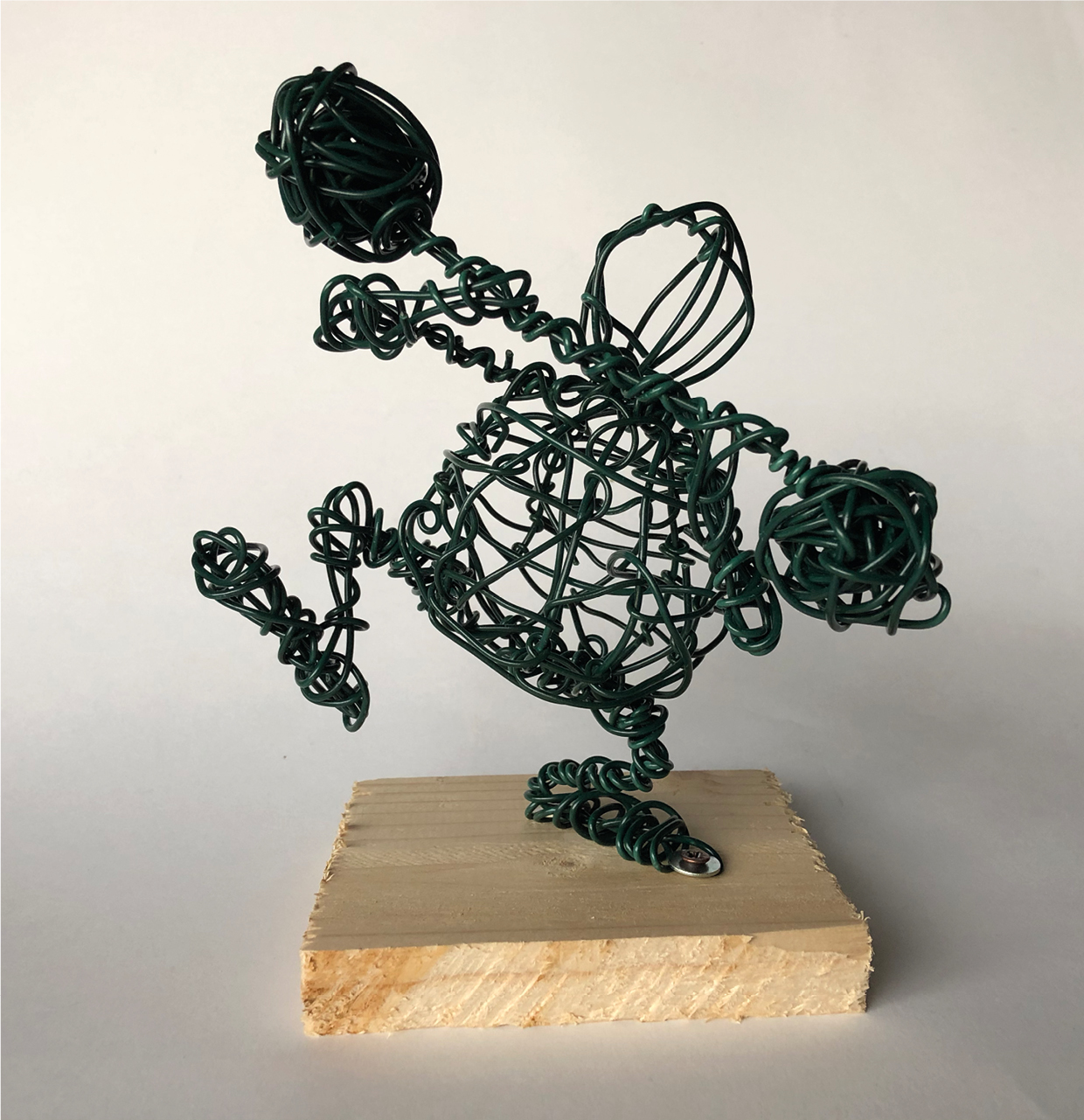 When the final object is only going to be 50cm high, there are no great risks, but if it is to become a 2-metre-high statue, outdoors in a public place, you really have to make sure you get your calculations right at this second stage.

Now I make a mini version out of modelling clay, covering my wire structure and giving it some body. This rough model allows me to look at Le Cat from all angles before starting on the definitive sculpture. 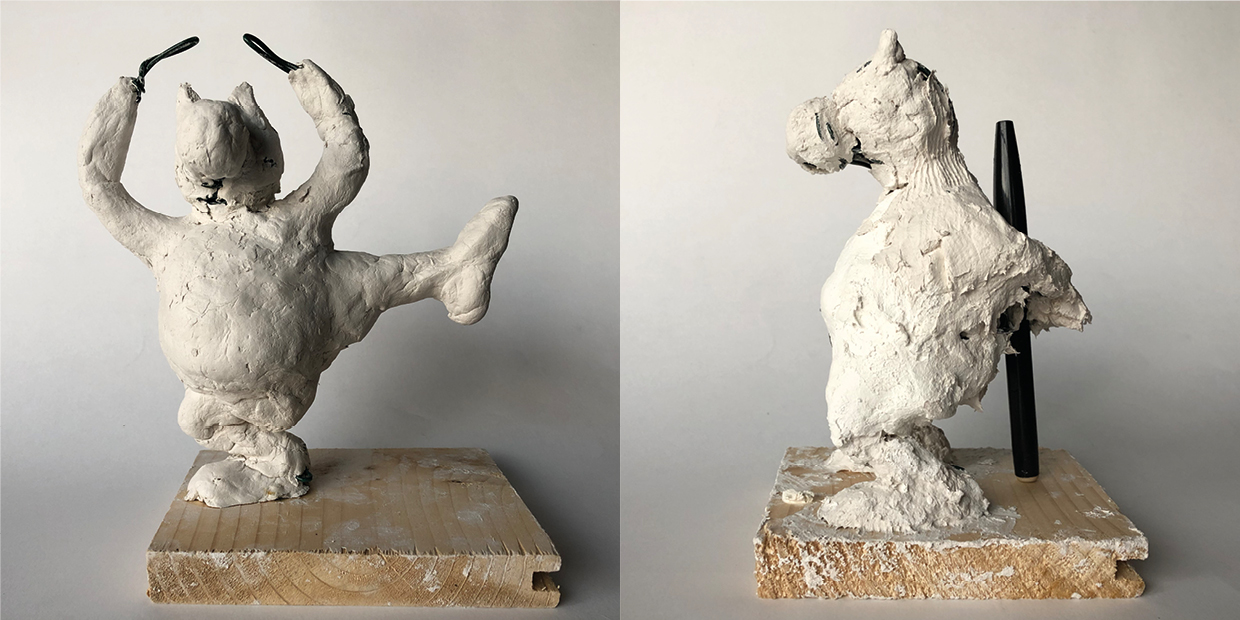 At this stage, I don’t need to create the hands, fingers or glasses. That’s easy. What I do need to understand are its bulk, proportions and movement.

Based on my wire figurine and sketches, Francois Deboucq and his team weld together a ‘steel skeleton’ which will act as the framework for the sculpture. 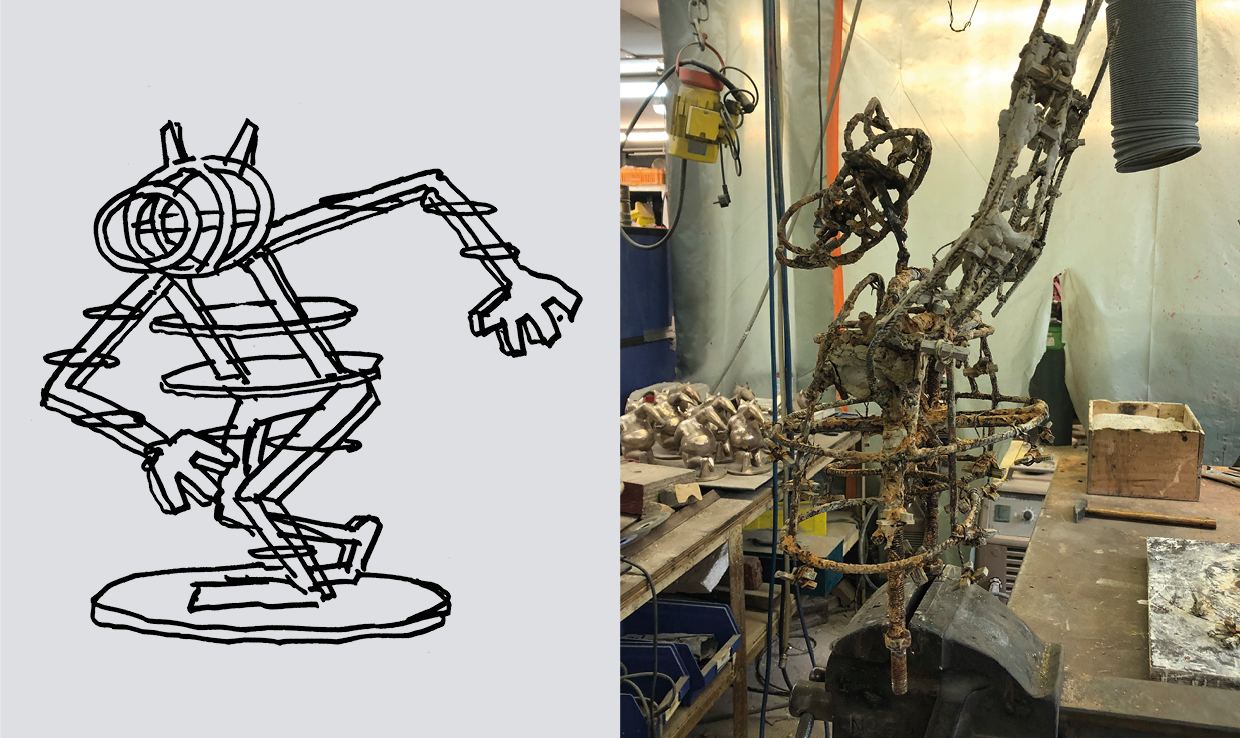 The clay I will use to model Le Cat will end up weighing several dozen kilos on the final model. Without this steel skeleton, the clay would collapse under its own weight. It’s the same for us humans –  we’d be like jellyfish if we weren’t held up by the bone structure which makes us vertebrates. 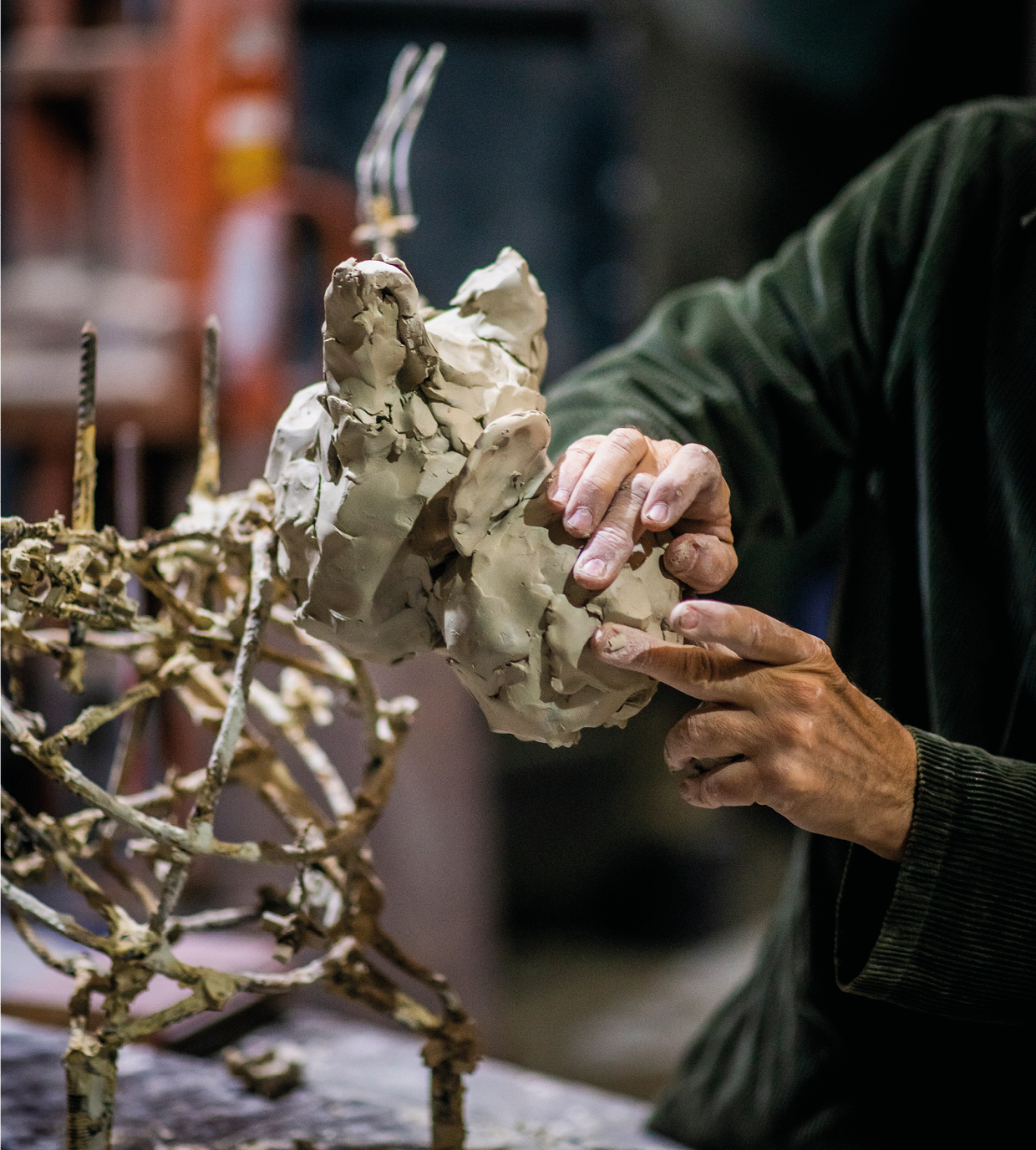 For Le Cat, it’s the same thing, and I’ll also add his ‘muscles and fat’ during the next stage.

This is the decisive stage – Le Cat is going to come to life. By adding clay to the skeleton, I begin to make rough versions of his head, nose and arms appear. This is one of the most exciting moments of the creative process. My Cat seems to emerge from under my fingers and exist for real. 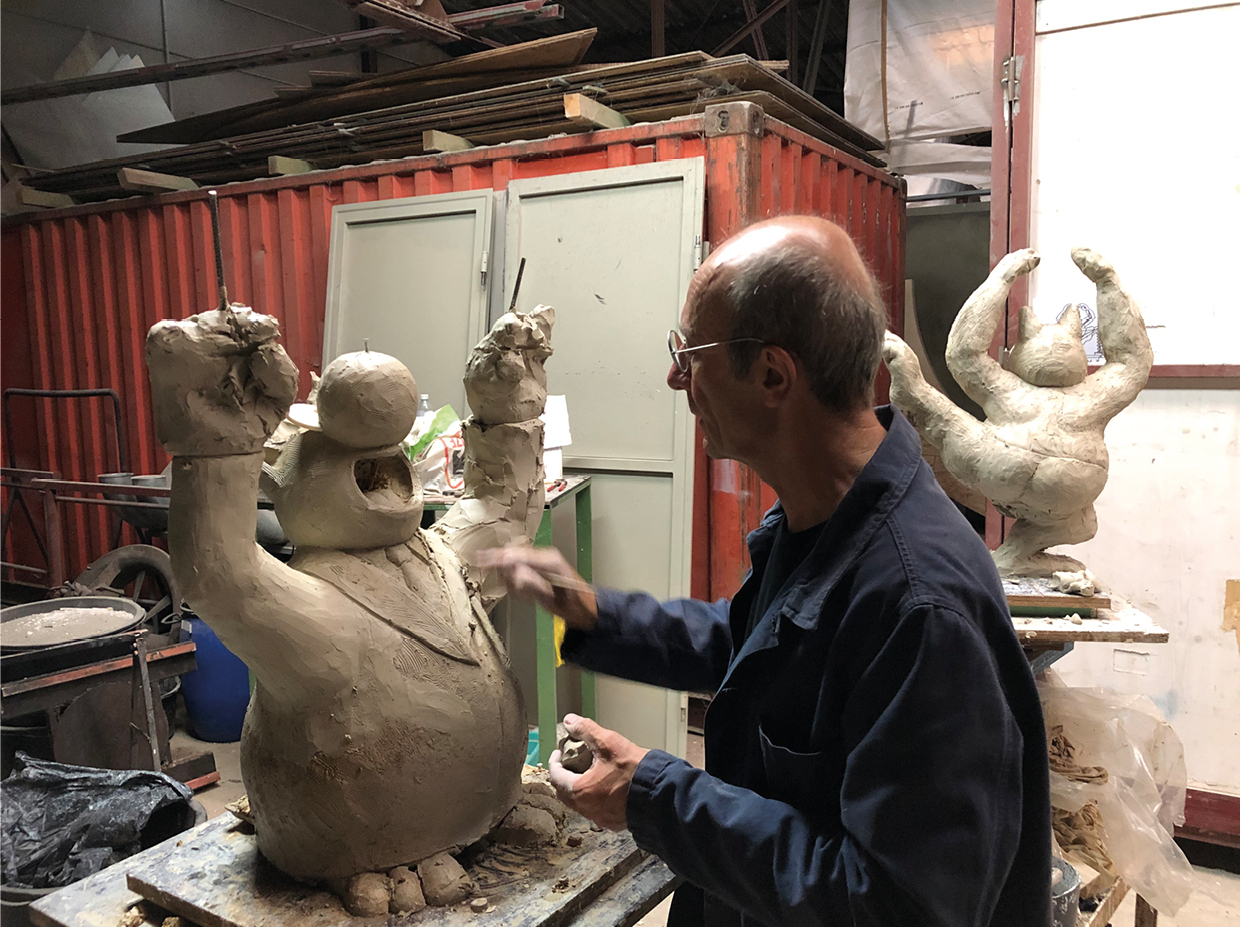 This stage can take several hours or even days, depending on the complexity of the movement I want to achieve. When production is intense, we do the work with four hands, mine and François Deboucq’s (who I call “my sculpture brother”). 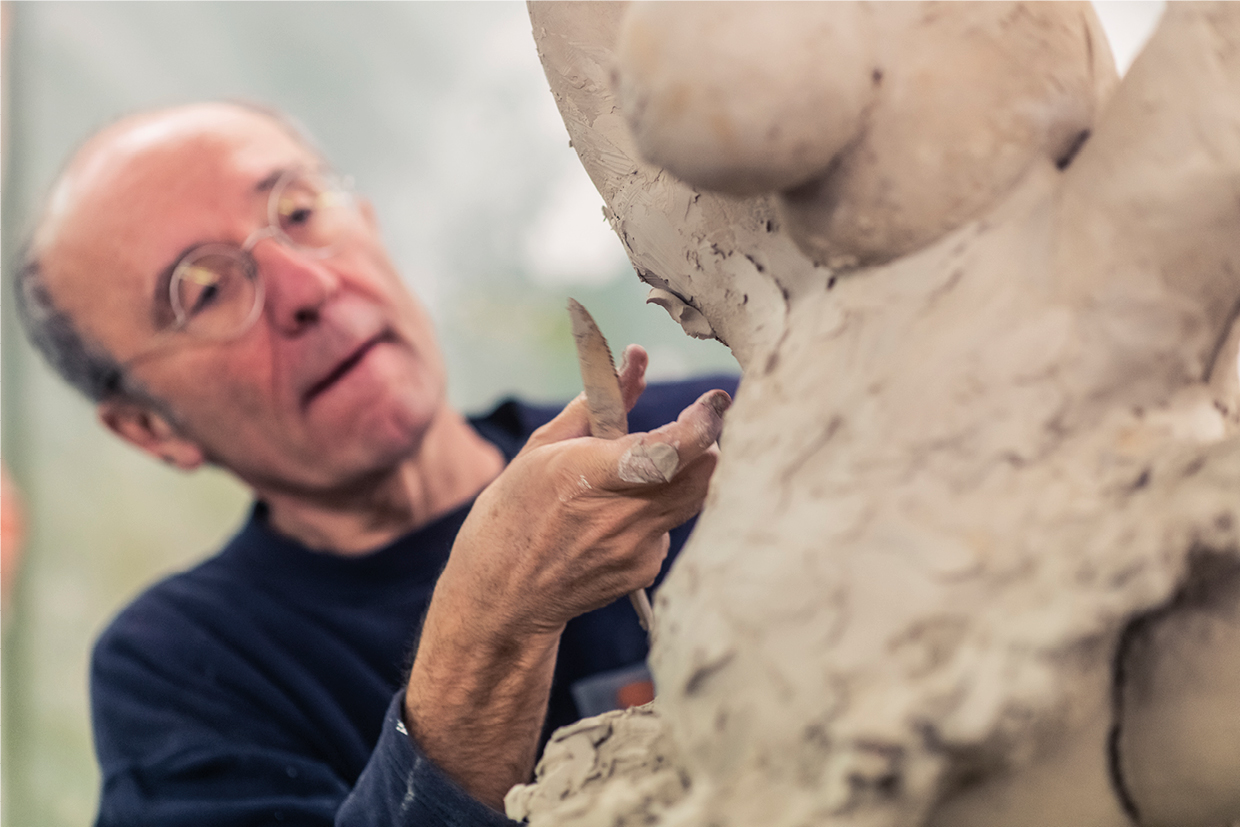 And it is always François who does the extraordinary finishing work. He has hands of gold and knows Le Cat like the back of them. This is precision work and it requires time, patience and real expertise. 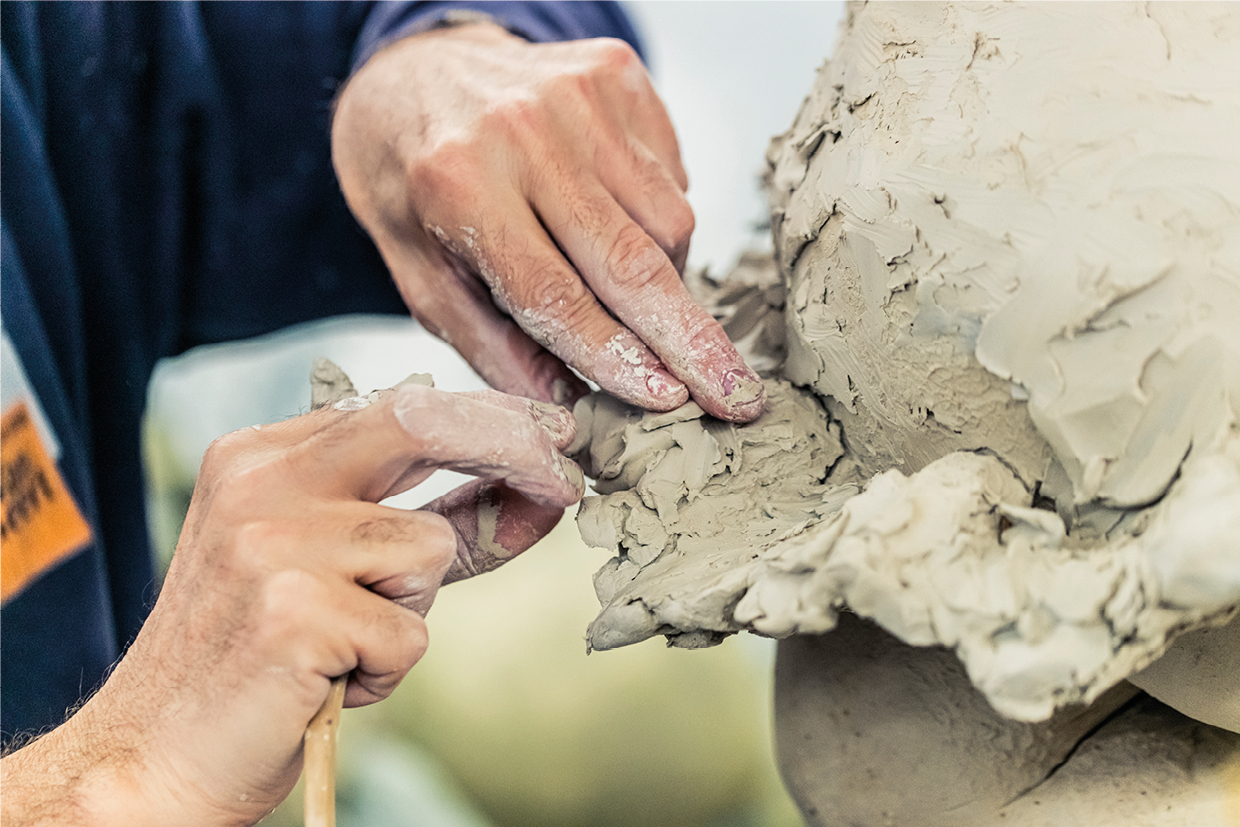