This stage is undoubtedly the most impressive of all. The sarcophagi are placed in a pit filled with sand and Jo Van Geert , manoeuvres the crucible using a gantry crane, and pours the liquid bronze (at 1000°C) into the funnel of each piece. 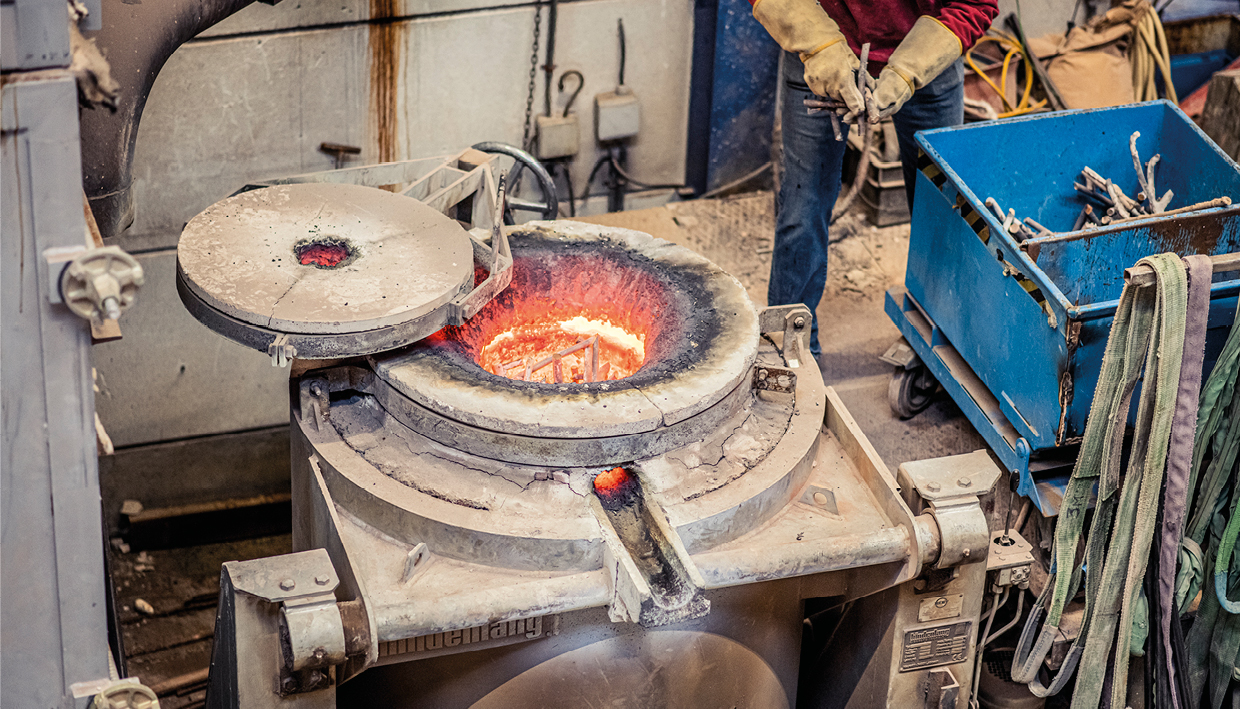 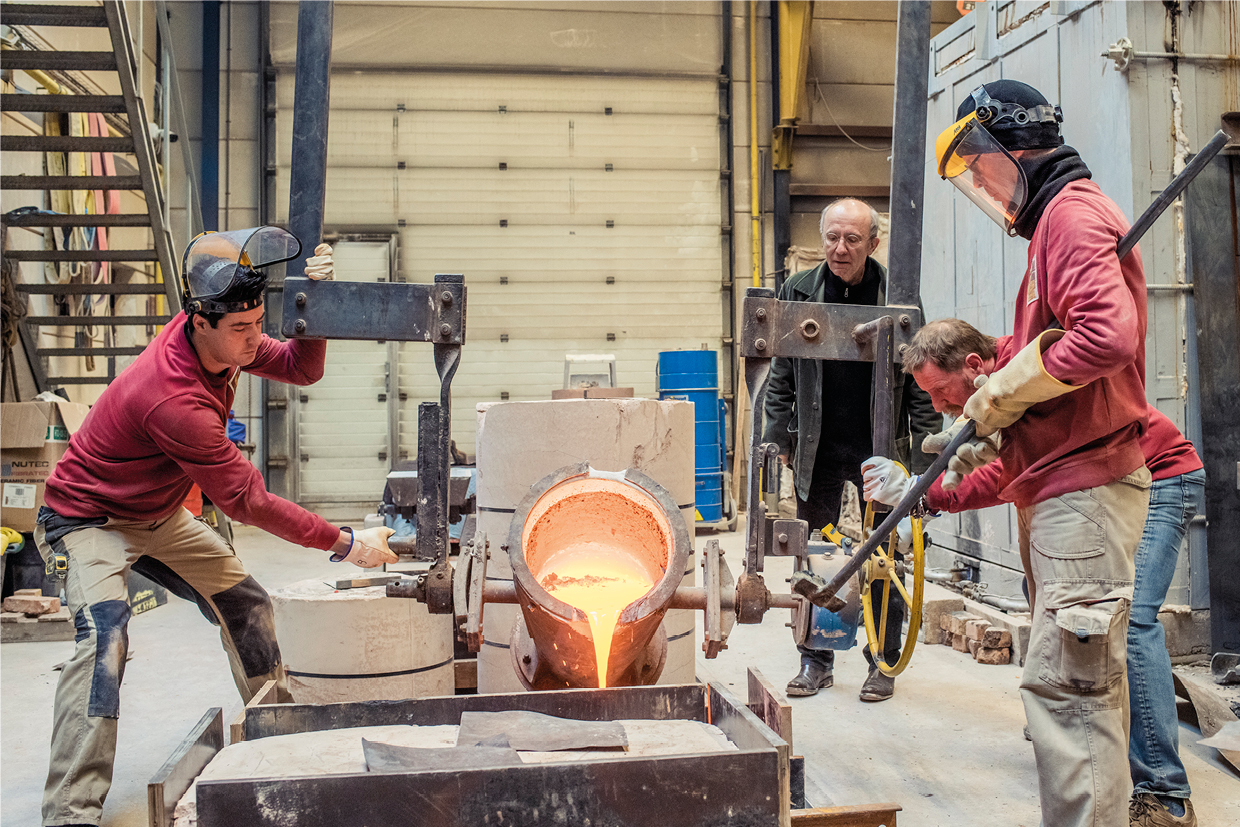 The liquid metal spreads through the empty space created by the wax which has now melted. 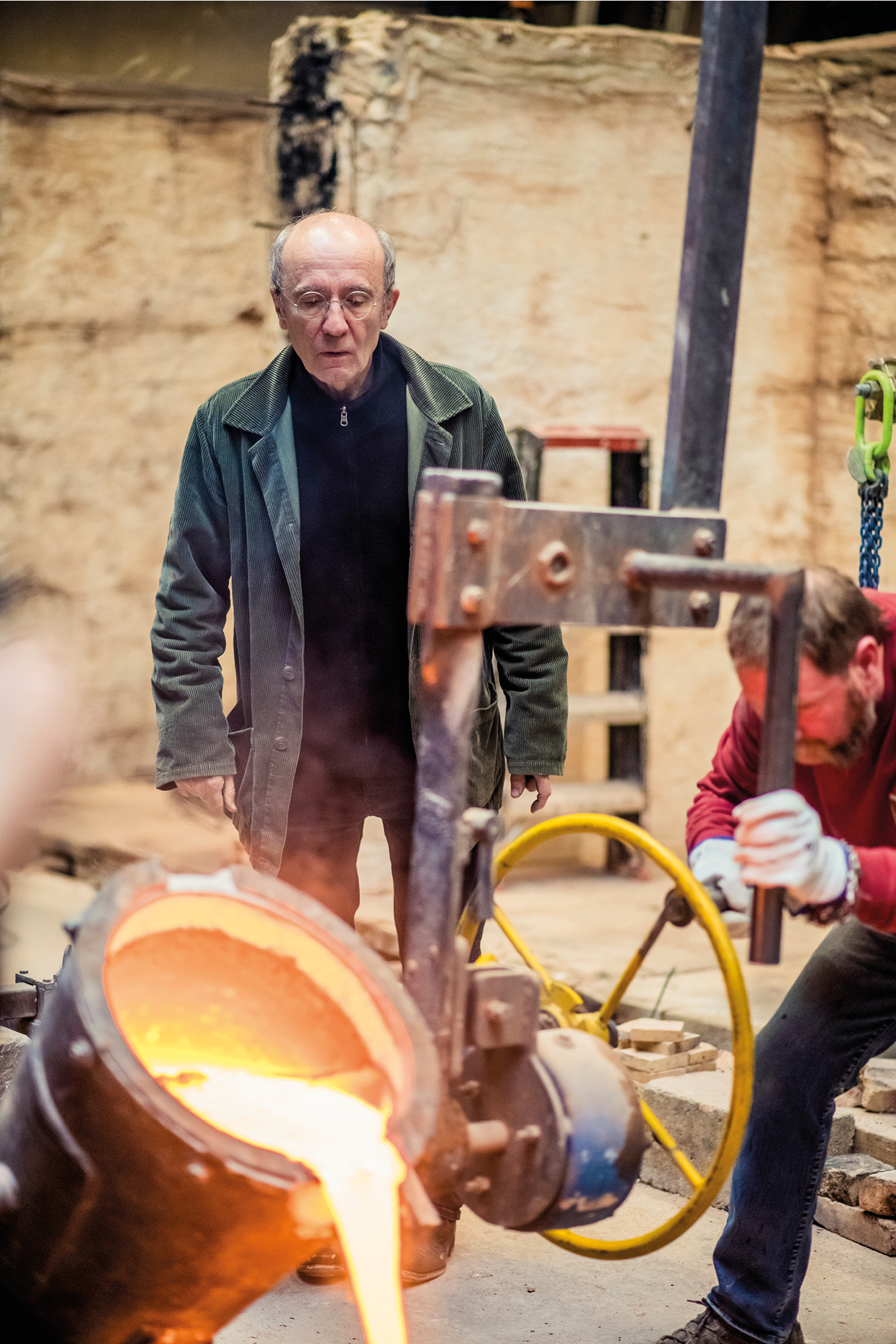 When you break open the cooled sarcophagus, the rough bronze part appears, which has to be cleaned off with a high-pressure hose. 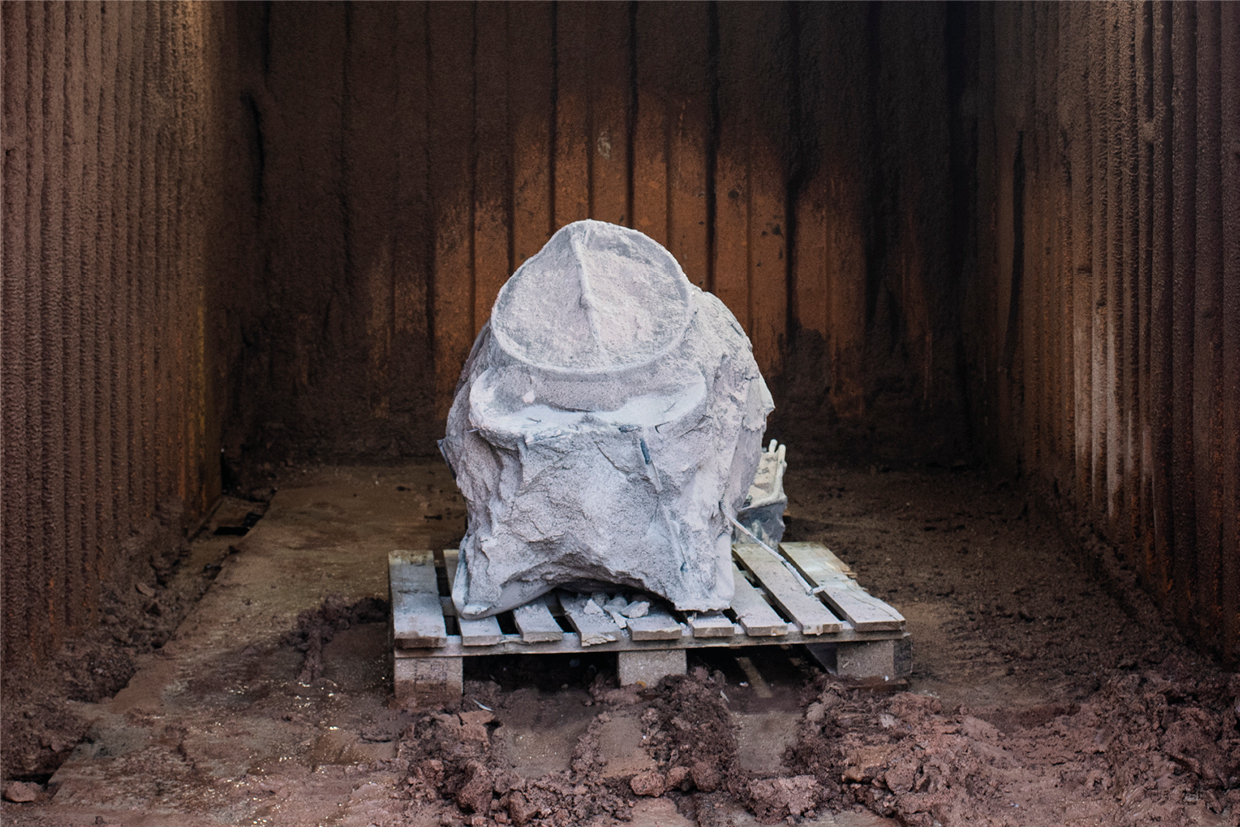 The first time I watched this stage, I freaked out because it looked so awful! 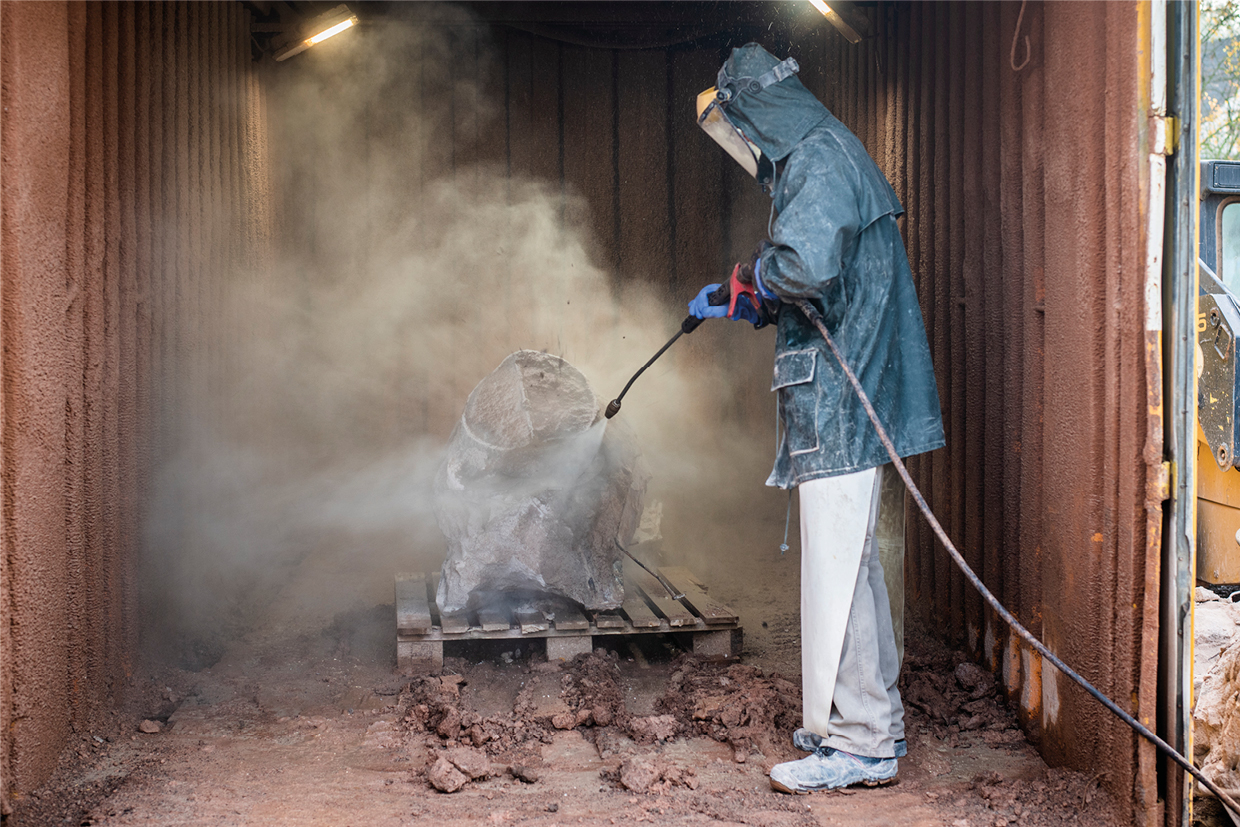 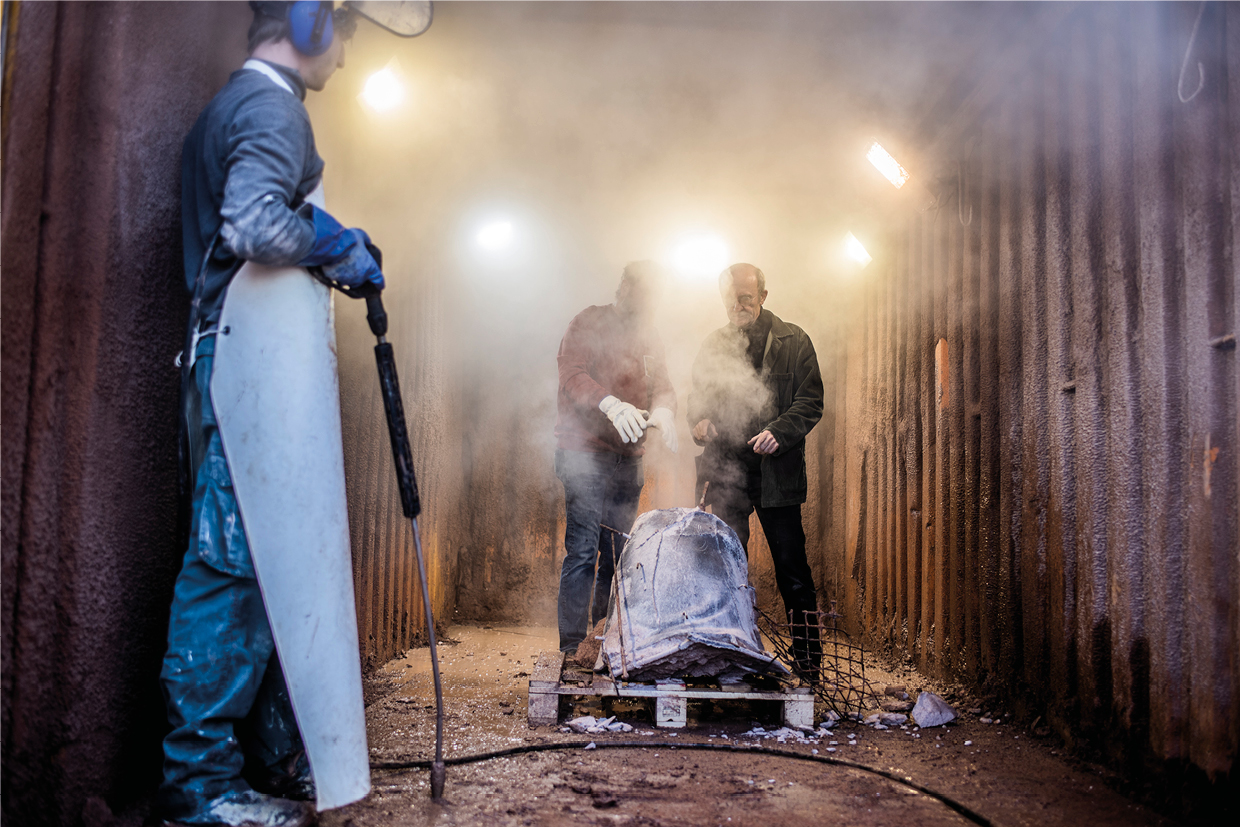 I almost thought that the process had gone wrong. Now I know better and realise that it has to go through this stage before being improved during the following stages.

Luckily, all the parts have been poured as they should. Luckily! Because if even one of them had gone wrong, we would have had to start again from Stage 9. 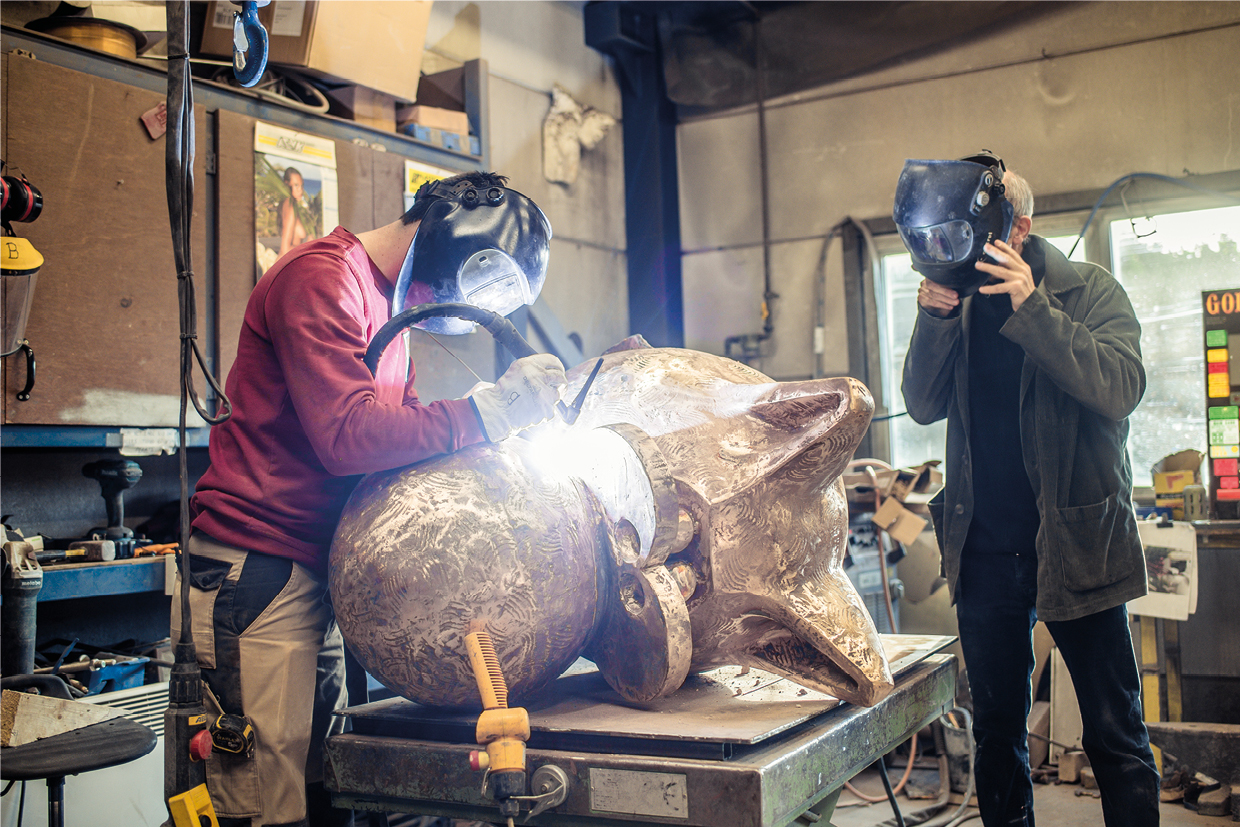 Now the welder and chiseller come in. They put the parts together and chisel the joins so that you can’t see where the welds are. 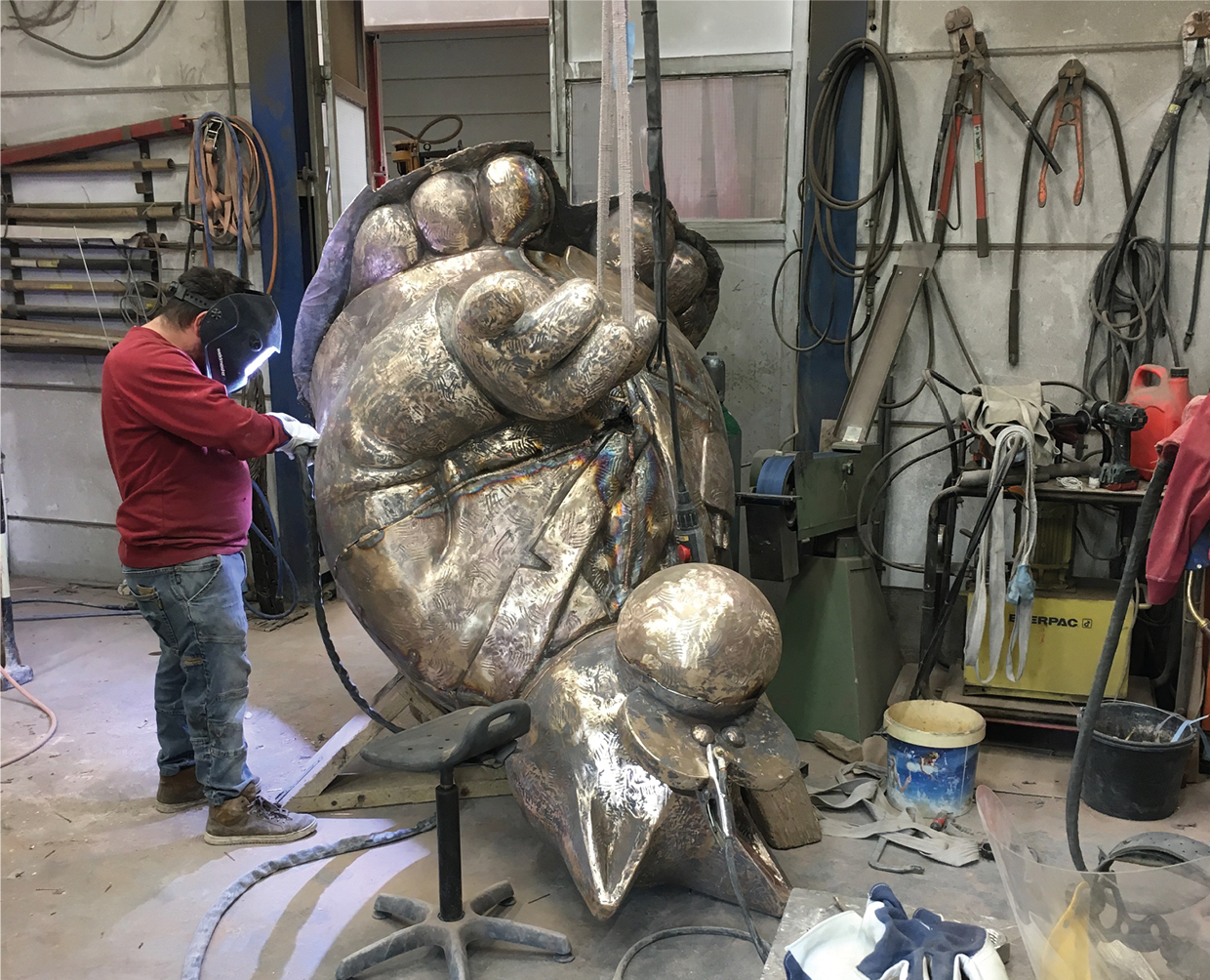 These are big guys who also polish the bronze to give it a golden tint (which many artists keep, but which I won’t). 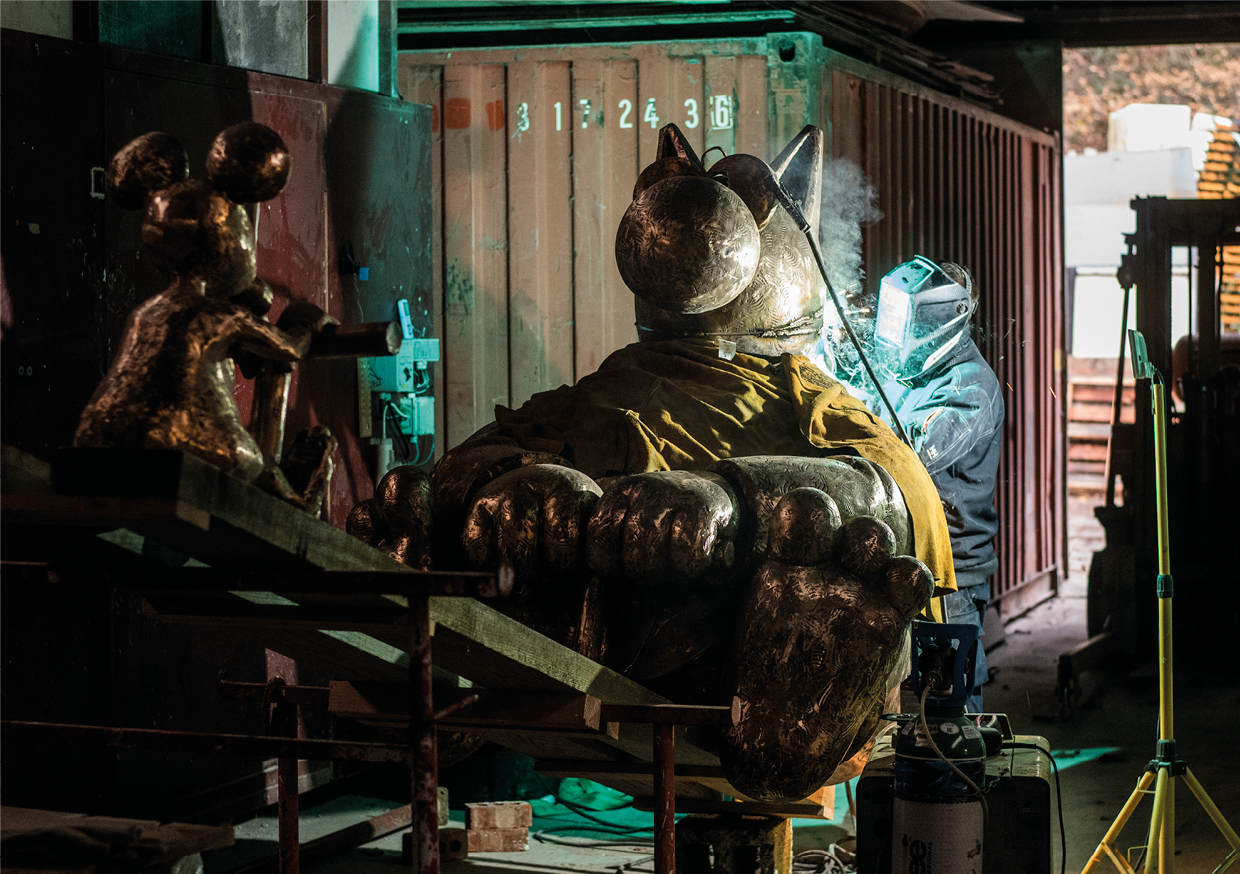 Now we are going to give the bronze its final tint. I chose a light gray-green – an allusion to the historic statues we can see in every city in the world. It’s also the colour of the Grand Palais, which will be our neighbour on the Champs-Elysées. And grey-green is also the colour of the Statue of Liberty and several other famous monuments. 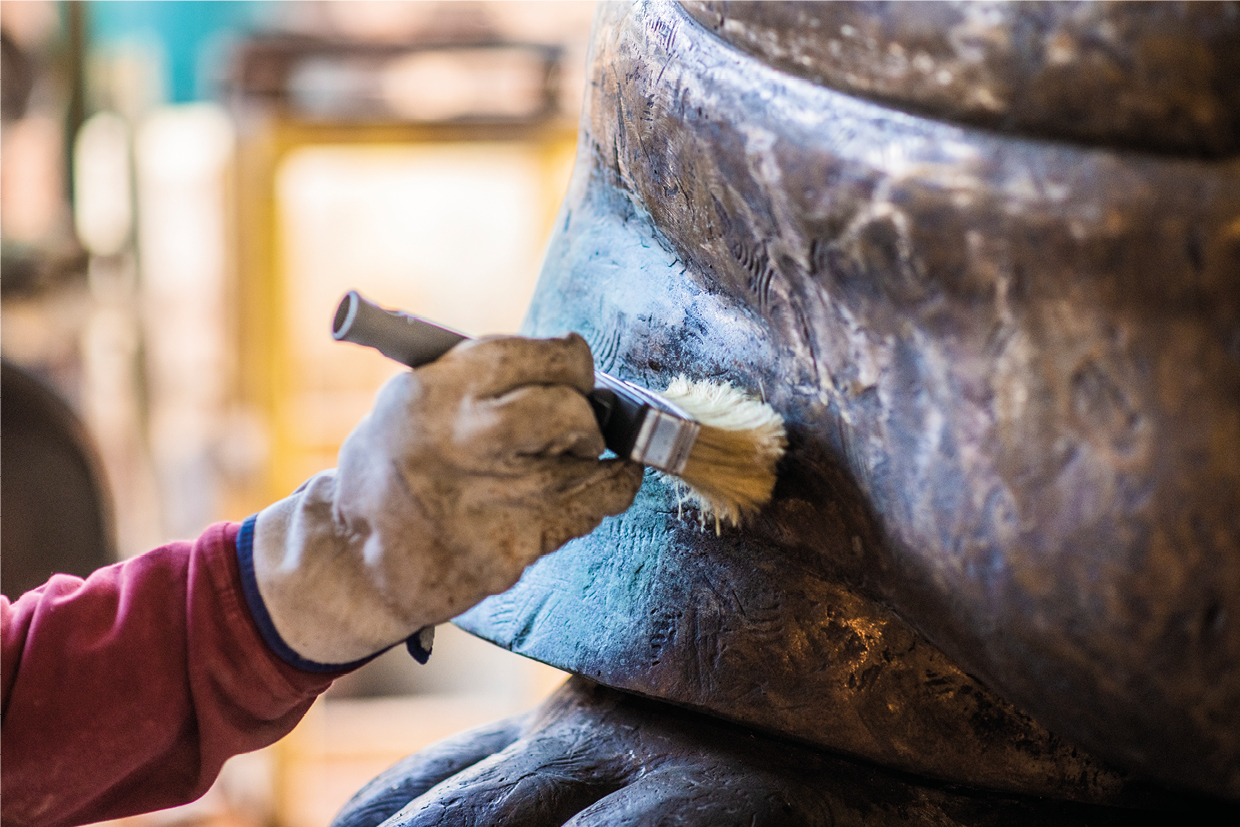 One advantage of this light colour is that when the light begins to fade at the end of the afternoon, the sculpture can be seen without being lit. If it was darker, it would ‘disappear’ against the dark foliage of the gardens. 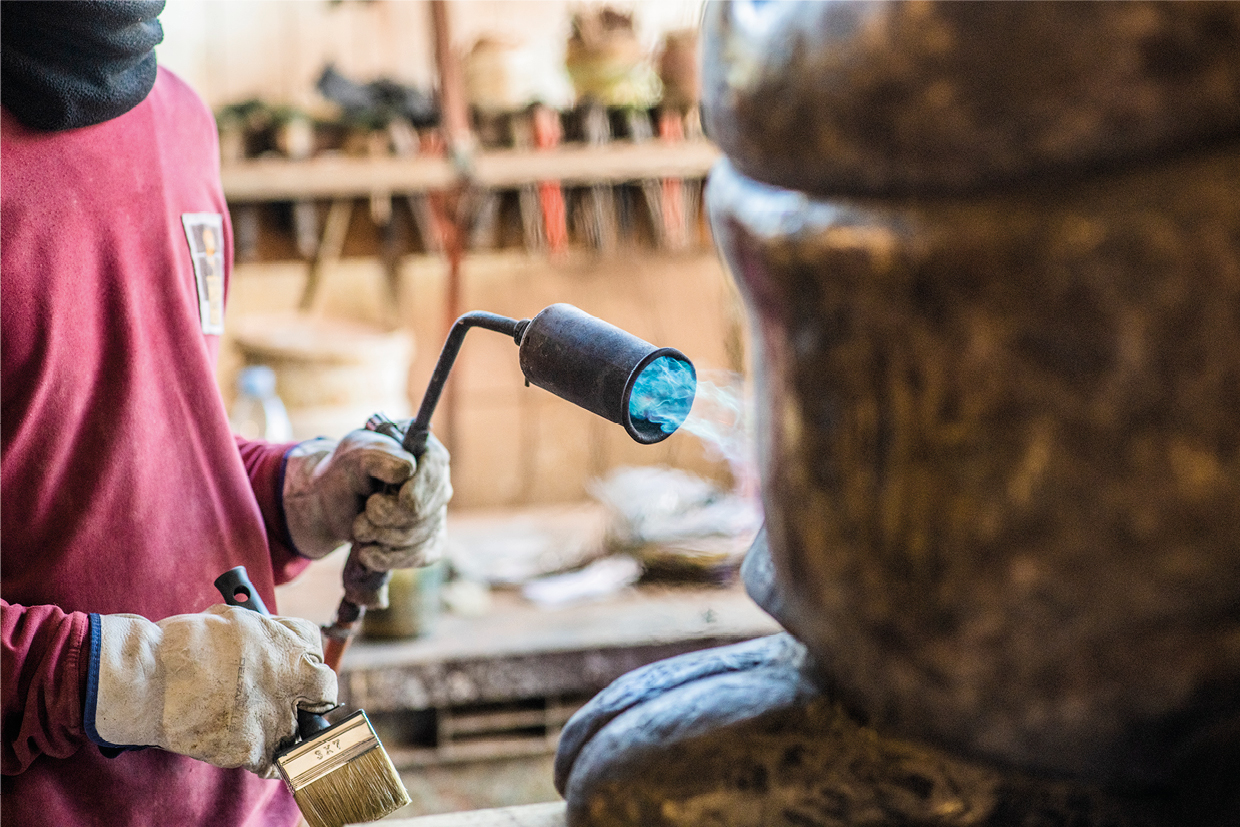 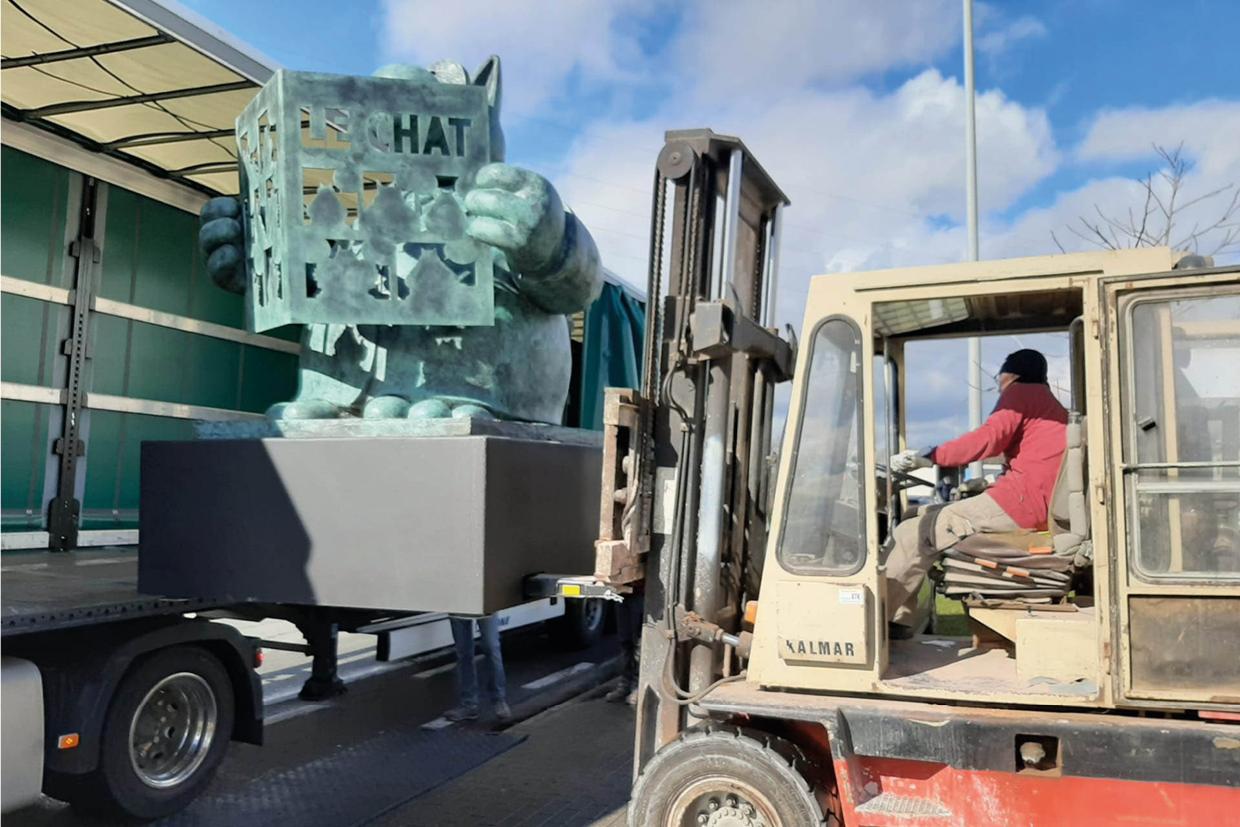 On the side road of the Champs-Elysées, this weight is a problem, because we are directly above Line 1 of the Metro, and at that location we are allowed only 450 kg per square metre. So we have to put each ‘object’ on load distribution plates. 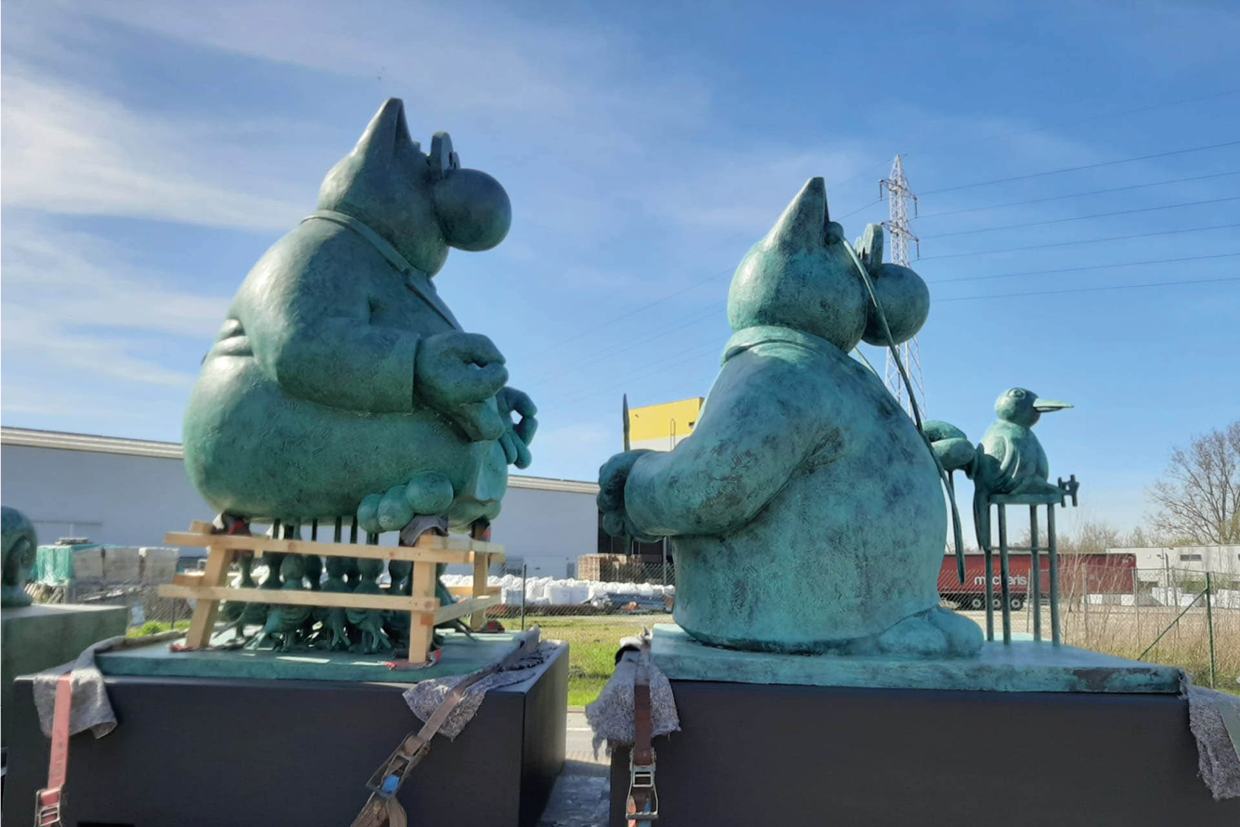