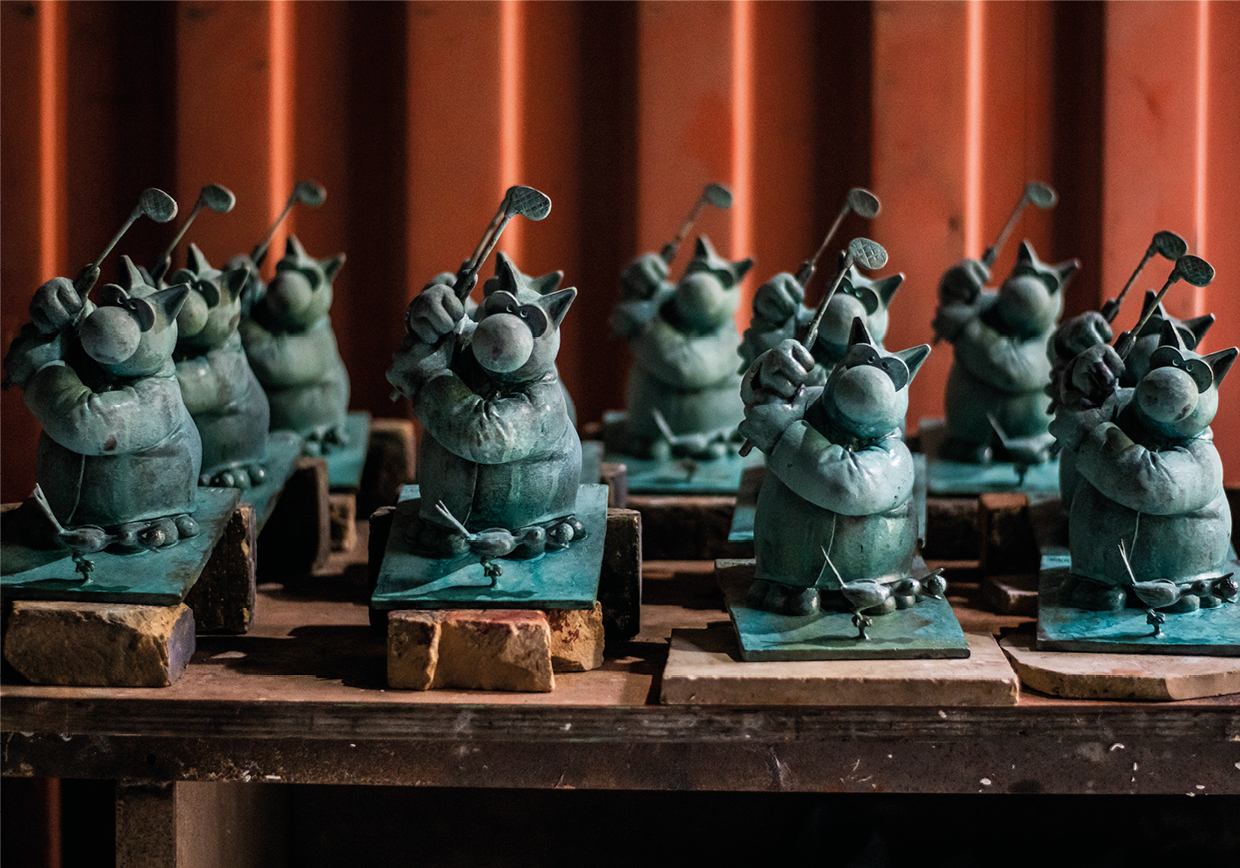 Geluck has never played golf in his life. Except once, during a lesson, when with his first ‘drive’ he hit the ball 120 metres, right where his instructor had told him to aim. The instructor was so gobsmacked that he thought he was on Candid Camera.

The illustrator does admit however that he’s never ever been able to do the same perfect shot again. So, discouraged by his failure, he gave up the sport to concentrate on his art. 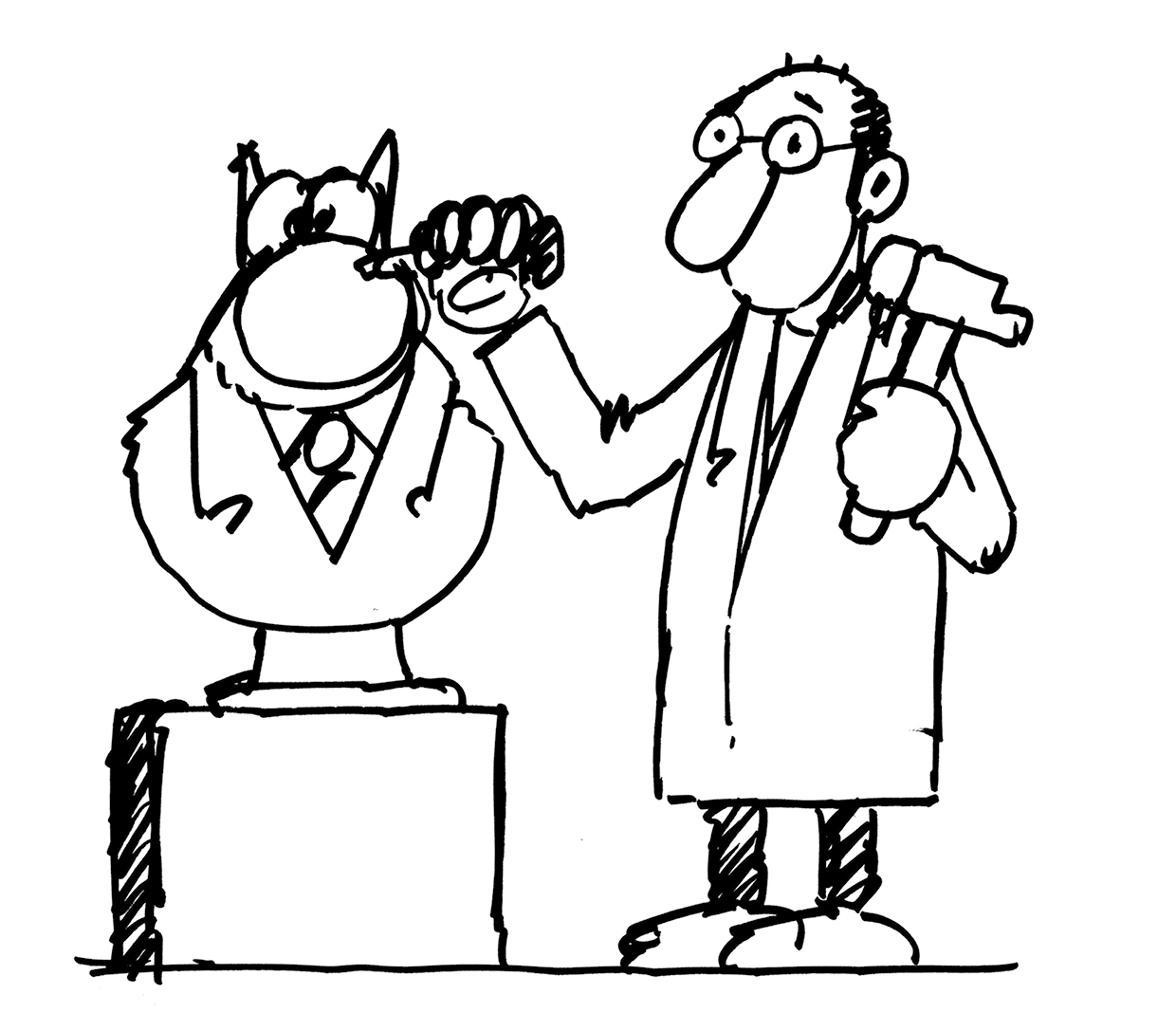 So now it’s Le Cat who walks the greens instead of his creator. And he wins every time, because it’s the bird who goes and drops the ball where Le Cat tells him to.

But golf remains a never-ending source of inspiration for an illustrator, just like soccer, swimming, or exercise bikes. 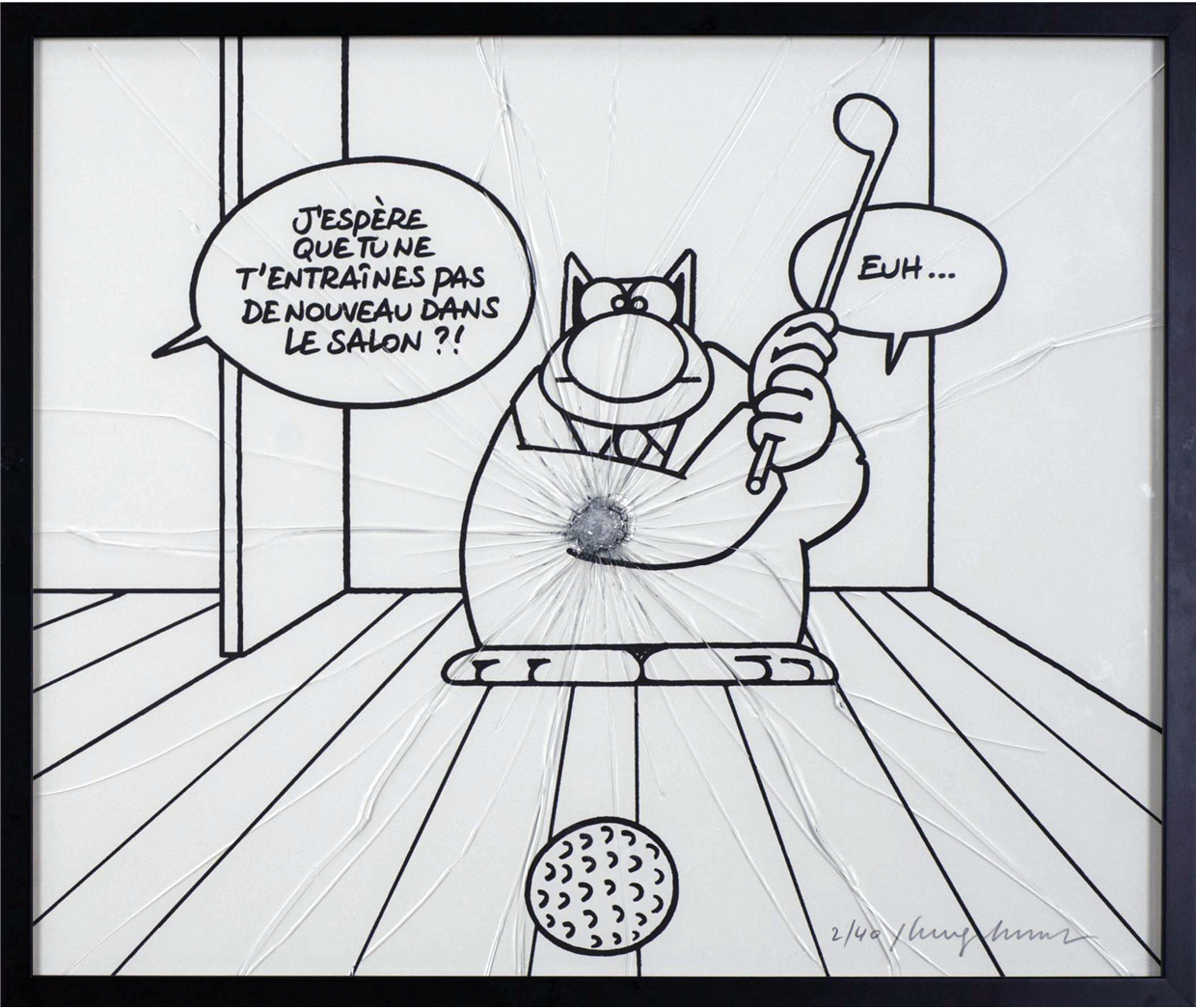 I hope you’re not practising in the living room again?!
Errr …