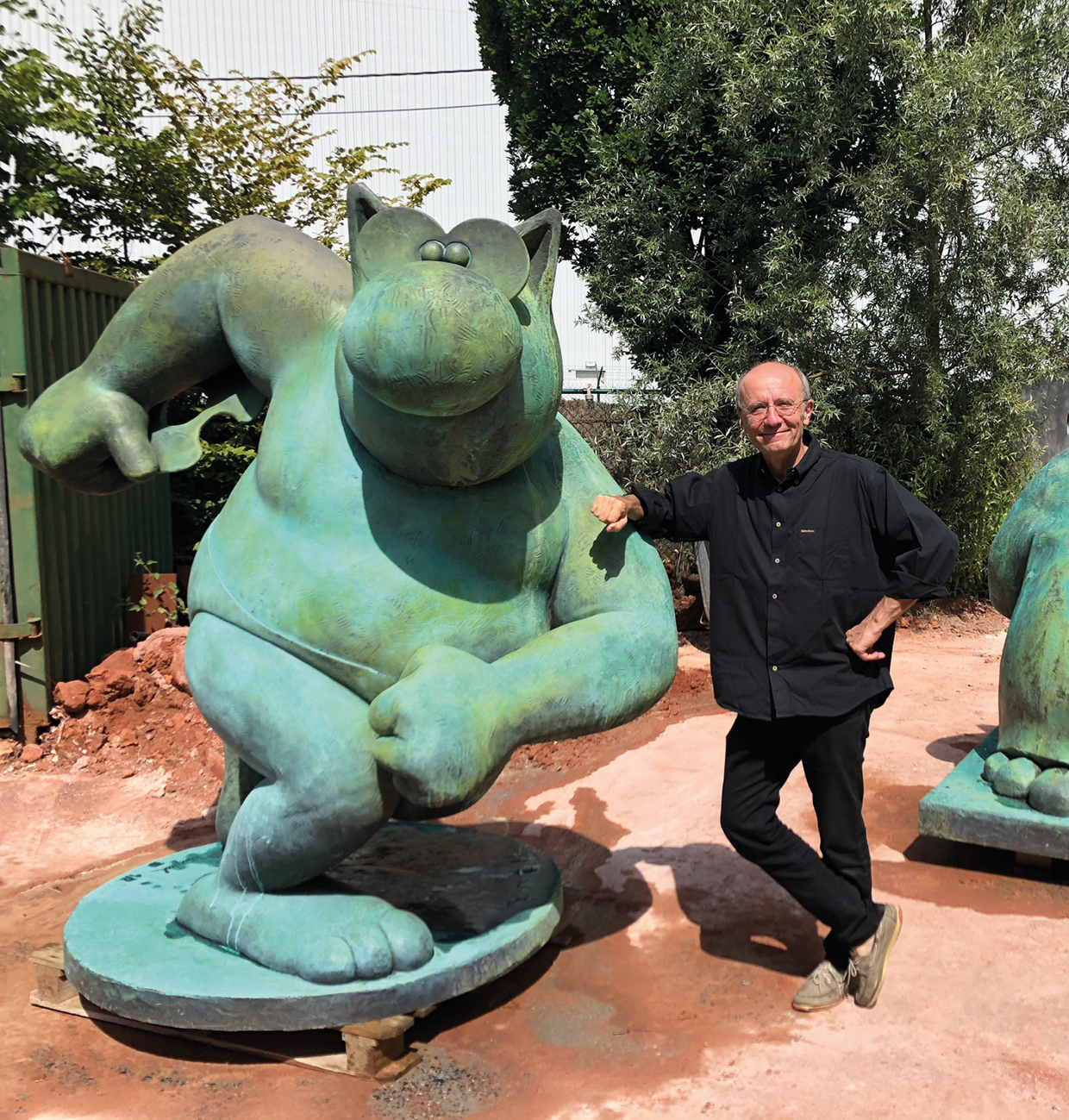 In the very first version of this drawing in 1987, Le Cat stands in front of a record-player, about to throw a vinyl record on the turntable. Other versions followed, right up to the ‘Other Discobulus’, the second most famous in the world.

Geluck has always been interested in Antiquity. The theme of his first exhibition was the Venus de Milo (who has since been the subject of more than 100 cartoons). But the Discobulus appears often in the albums of Le Cat. A few examples … 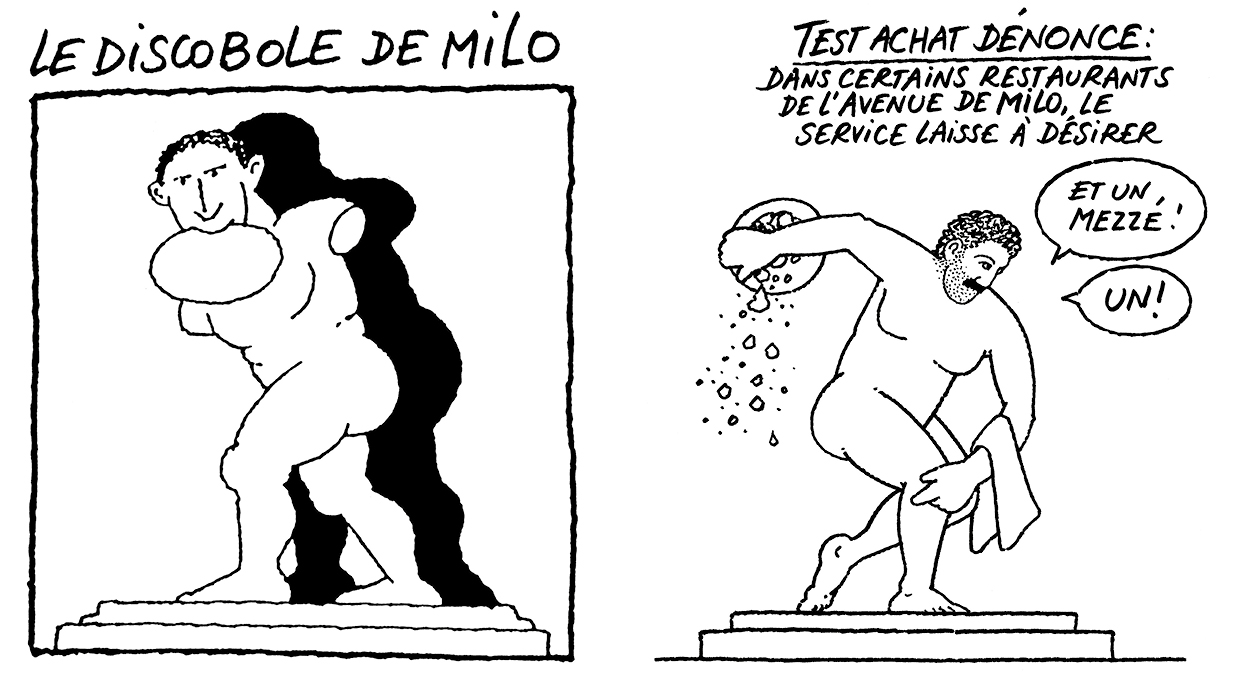 CARTOON 2:
Consumer weekly special
In  a number of restaurants around the all-night drugstore ‘Achile heals’,
customers have been complaining about the terrible service
A meze for one! Coming Over!

Sweetheart, can you put a disc on? Sure honeybunch
Are the Stones OK? Perfect, but not too loud! Mummy and daddy are taking a nap

Le Discobulus Cat was even the image used for Geluck’s 2003 exhibition at the National School of Fine Arts in Paris, to celebrate 20 years of Le Cat. An exhibition which drew 350,000 visitors. 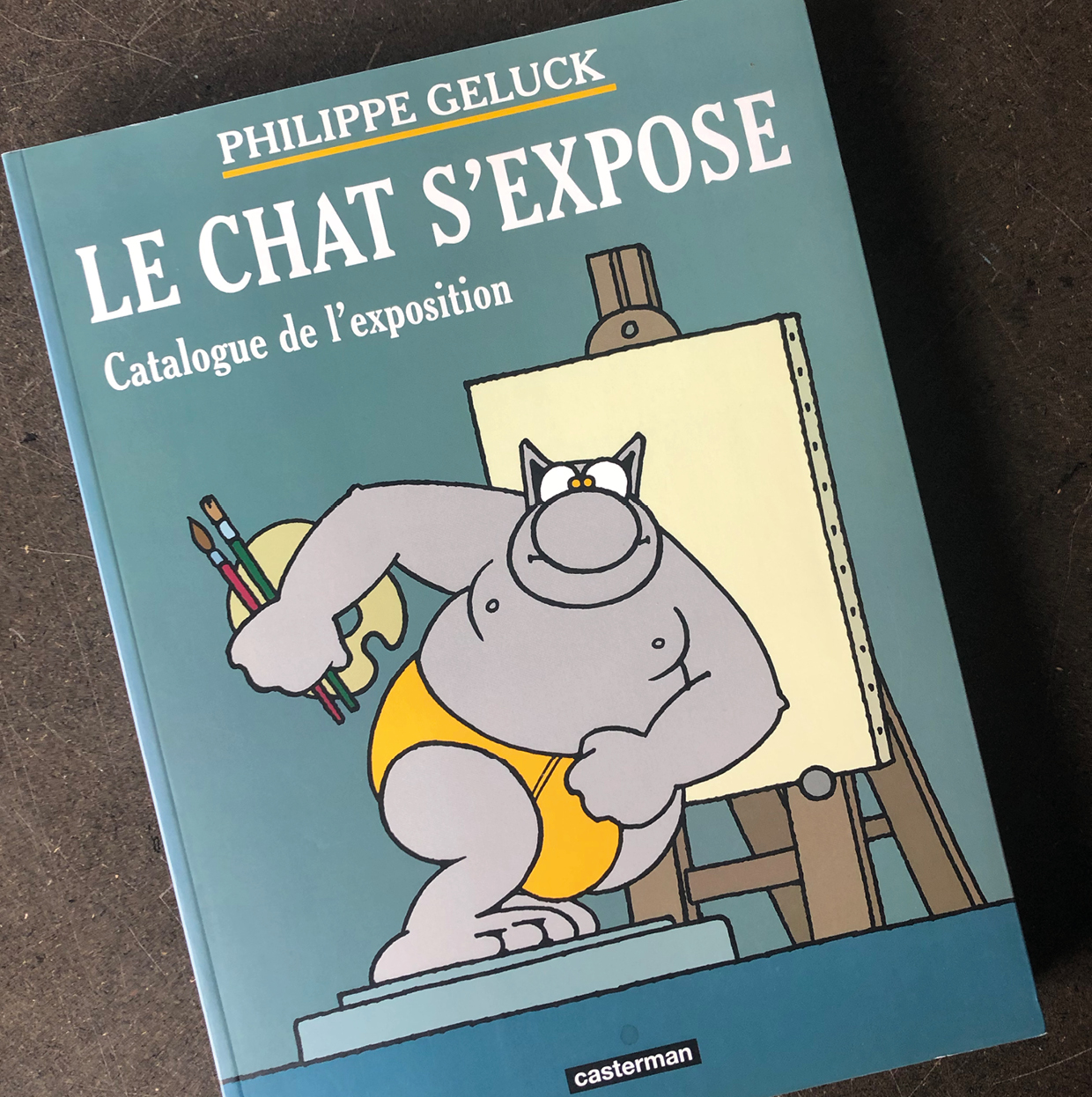