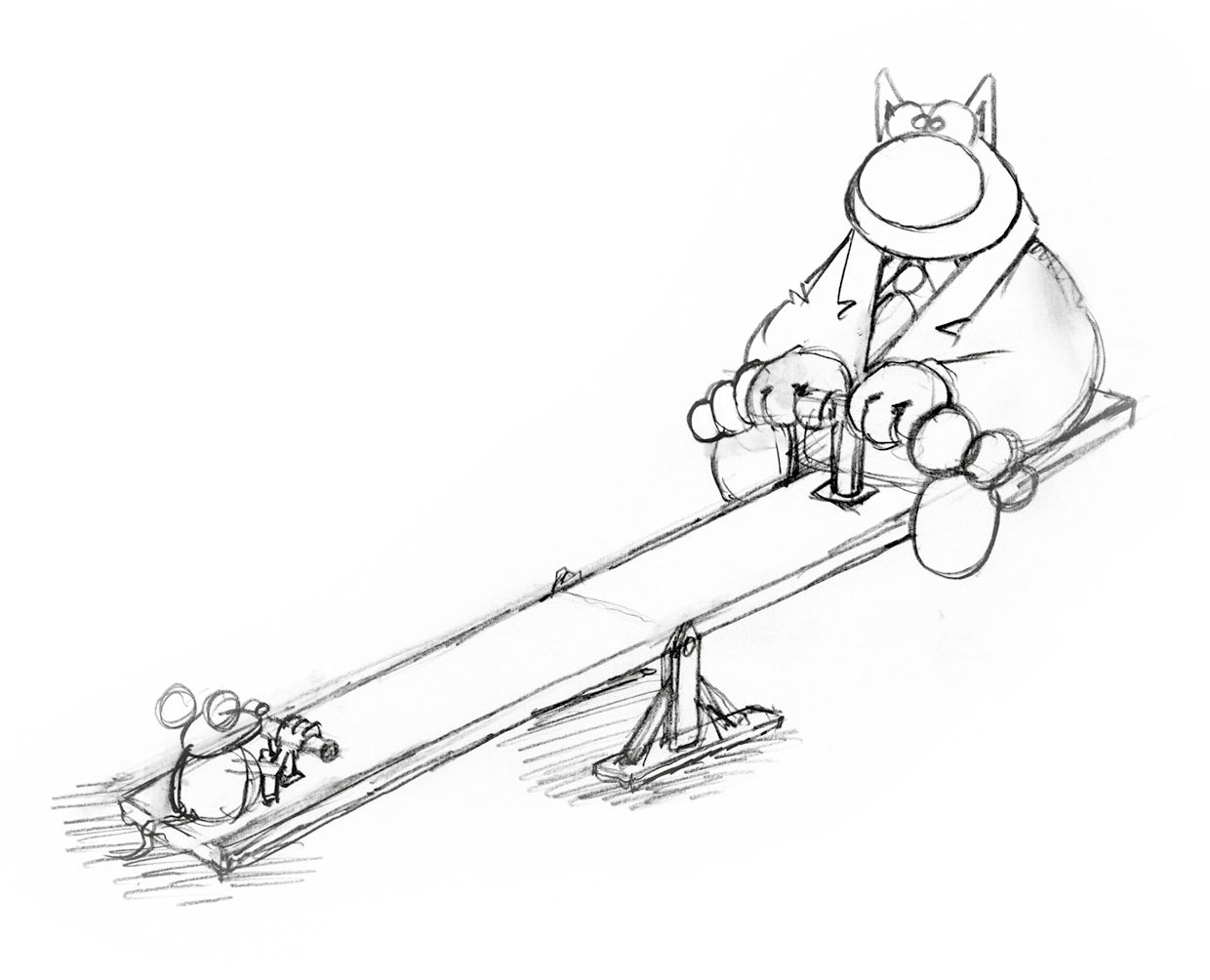 Appearances can be deceptive. On the seesaw, Le Cat would seem to be a lot heavier than the mouse. But what if the opposite were true? But that’s impossible, you say. Don’t you believe it!

In sculpture, everything is possible – I can make an anvil out of polystyrene and a feather out of bronze. The anvil will weigh 500g and the feather 1.5kg. So which is the heavier, the feather or the anvil?

” I’ve just bought “How to lose 4 kilos in 5 minutes before your holidays”
The two volumes are a bit long but apparently the method really works
No shit! I don’t believe it! It worked! “

So, in this seesaw sculpture, can we be absolutely sure that Le Cat is heavier and that, in the next move, he won’t be up in the air? We should never say never. Because the artist is like the magician, he has many tricks up his sleeve. 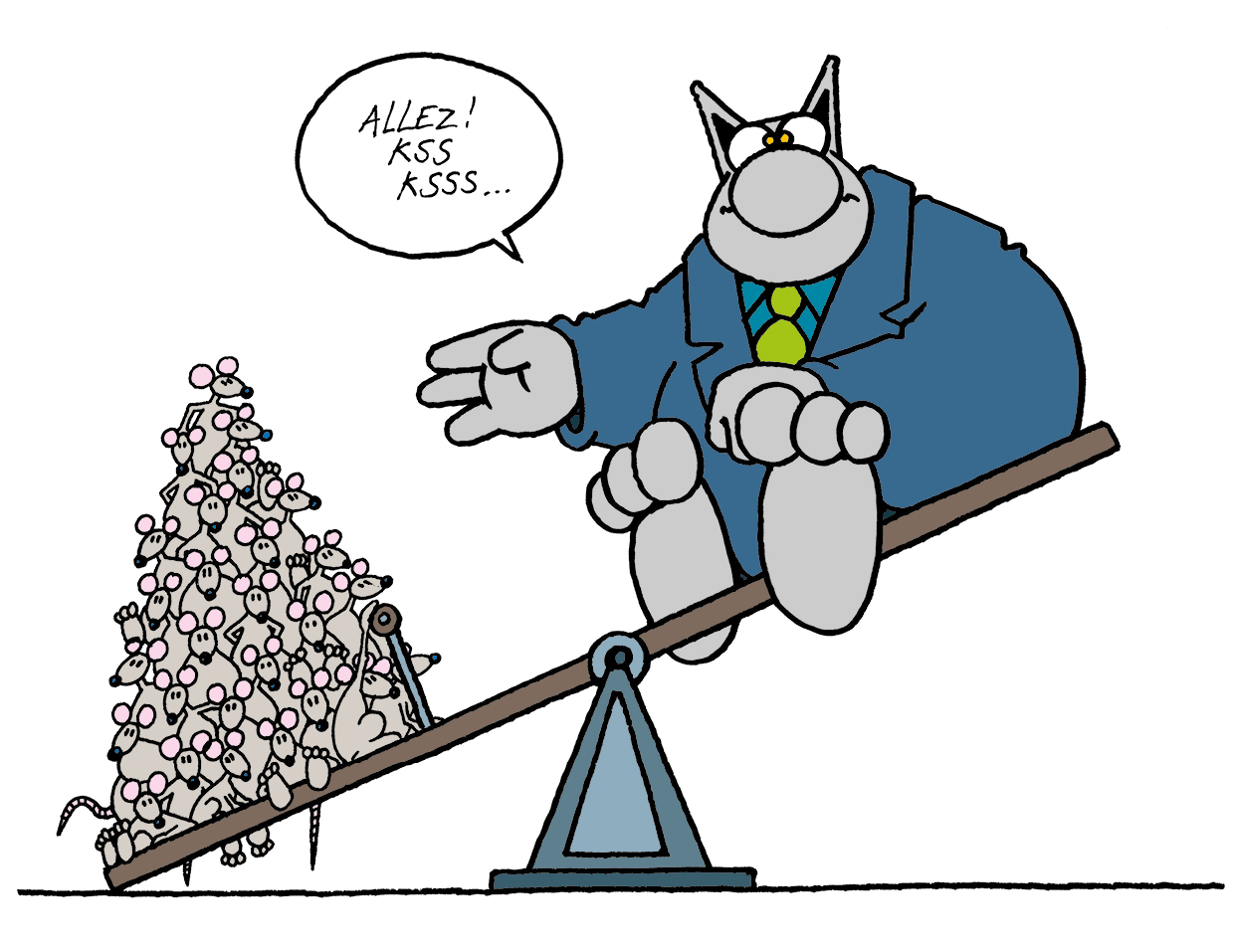